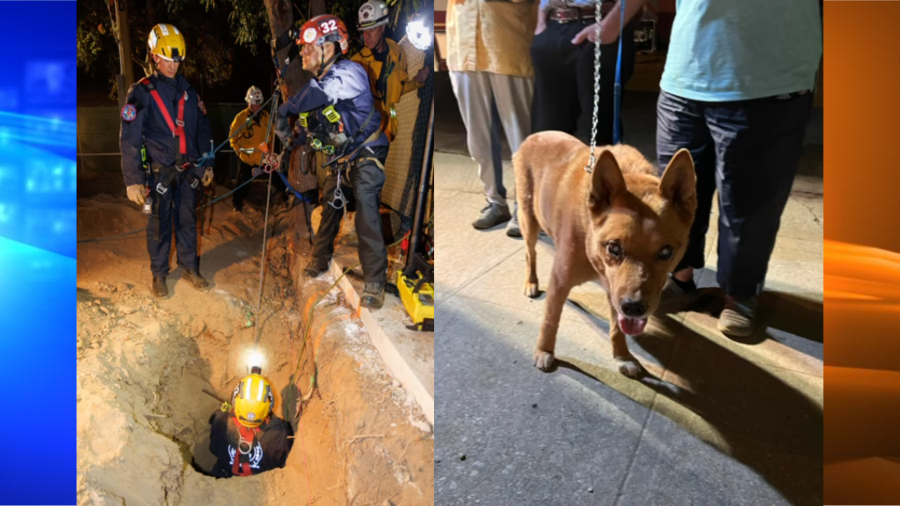 Firefighters rescued a blind dog that was trapped after falling into a deep construction hole in Pasadena on Tuesday night.

The distressed canine fell about 15 feet down the hole which was located near a trench, according to the Pasadena Fire Department.

Video from the fire department shows a technical rescue team arriving at the site.

During the rescue, a team member lowers himself into the hole and straps a harness on the dog before hoisting it out of the deep shaft to safety.

The dog remained uninjured during the ordeal and was happily reunited with its owner.

Multiple agencies responded to the scene including crews from Arcadia, South Pasadena and Glendale Fire departments.