‘Fire tornadoes’ seen on video during brush fire near Castaic 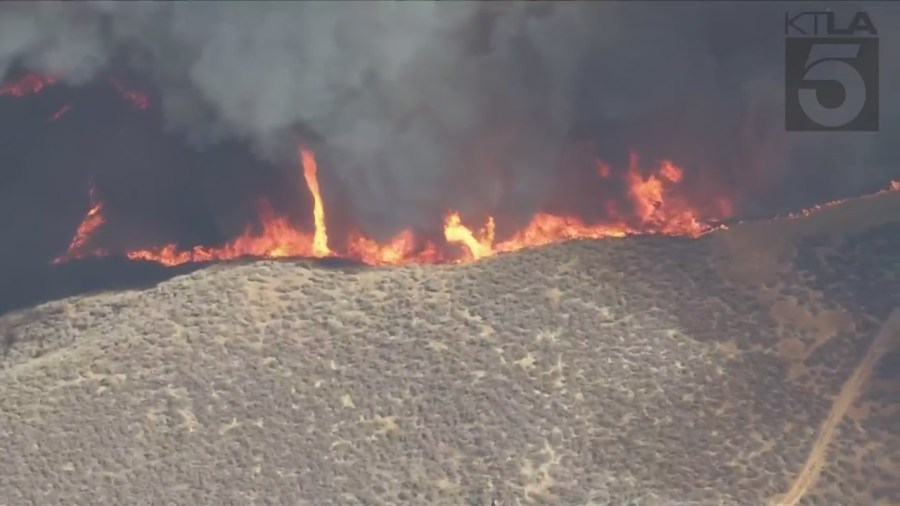 The intensity of a brush fire near Castaic was captured on video Wednesday afternoon when Sky5 spotted a series of “fire tornadoes” or “fire whirls.”

The fire tornadoes developed around 3:20 p.m. as crews worked to contain the Route Fire, which had forced the complete closure of the 5 Freeway.

The largest appeared to reach 20 feet in height.

The U.S. Forest Service defines a “fire whirl” as a “spinning vortex column of ascending hot air and gases rising from a fire and carrying aloft smoke, debris, and flame.”

They can range in size from less than one foot to more than 500 feet in diameter.

Sky5 captured footage of a much larger fire tornado on Aug. 10 during the Sam Fire in northwestern Los Angeles County.