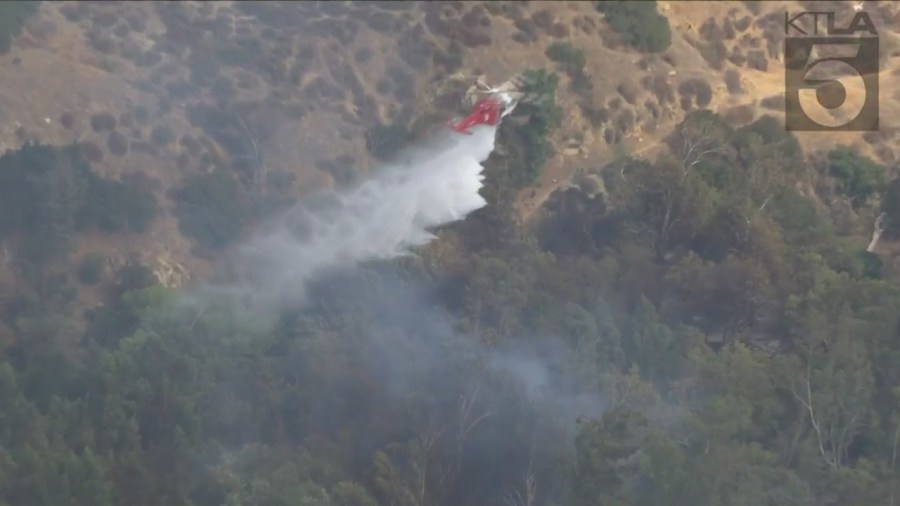 Fire crews had initially responded around 1:30 p.m. to 11160 N. De Soto Ave. for a report of a brush fire. Firefighters found about one-quarter acre burning at the time in medium brush with no immediate threat to structures.

More than 90 firefighters battled the blaze from the ground and by air as smoke from the fire forced a brief closure of the westbound 118 Freeway.

LAFD, with assistance from the County Fire Department, were able to get a containment line on the fire and stop its forward progress around 3:30 p.m. An hour later, fire officials announced that the fire was fully contained.

But as crews continued to work on fully extinguishing the blaze, they discovered what appeared to be human remains at the scene.

It’s not believed that the bones are related to the fire, LAFD said. The Los Angeles Police Department, LAFD arson investigators and the Los Angeles County Medical Examiner-Coroner are investigating and working to determine the cause of death.

Authorities have not released any information about the condition of the remains or what was recovered.

As for the fire, updated mapping determined that it had burned slightly less than 2 acres, less than the initial estimates.

The cause of the fire is under investigation.

‘My own husband is a predator’: LAPD officer accused of sharing explicit photos of his wife with other officers