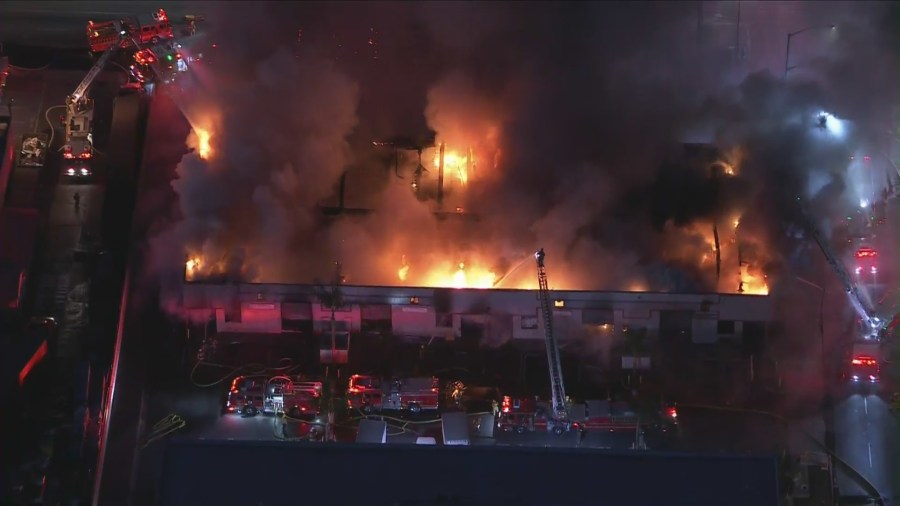 A second alarm fire is raging at a commercial building in Huntington Park Tuesday morning.

The fire in the 5800 block of Soto Street began outside, but then spread to the building, according to the Los Angeles County Fire Department.

No injuries have been reported, but a bevy of units are on scene to battle the blaze in the 100-foot-by-200-foot building. The roof has already been burned away, aerial footage from Sky5 shows.

Woman dead after up to 60 gunshots fired into South Los Angeles apartment by 2 shooters: LAPD