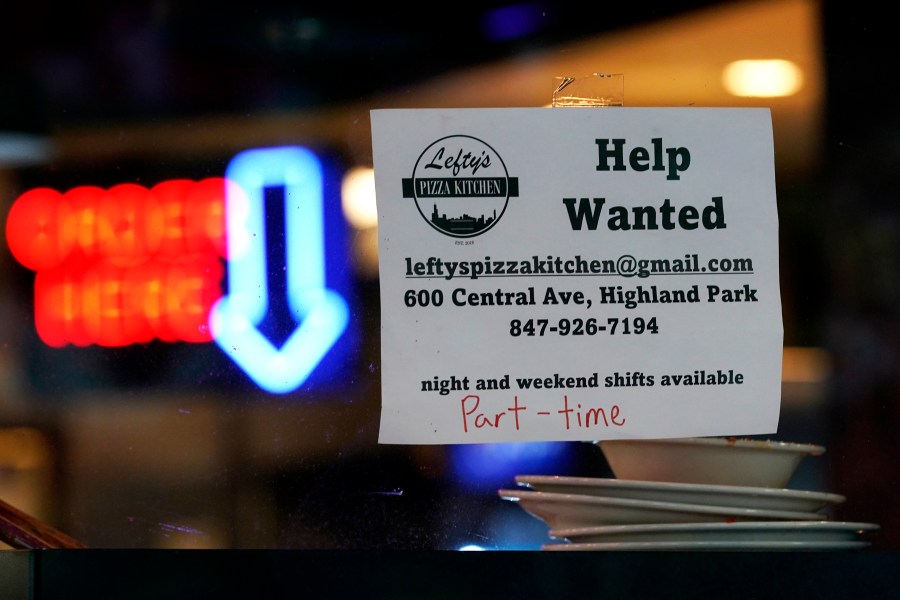 Fewer Americans filed for unemployment benefits last week as the labor market continues to shine despite weakening elements of the U.S. economy.

Applications for jobless aid for the week ending Aug. 27 fell by 5,000 to 232,000, the Labor Department reported Thursday.

The four-week average for claims, which evens out some of the week-to-week volatility, decreased by 4,000 to 241,500.

The number of Americans collecting traditional unemployment benefits rose by 26,000 the week that ended Aug. 20, to 1.44 million.

First-time applications generally reflect layoffs and are often seen as an early indicator of where the job market is headed.

Hiring in the U.S. in 2022 has been remarkably strong even as the country faces rising interest rates and weak economic growth.

On Tuesday, the government reported that the number of open jobs in the United States rose in July after three months of declines. There were 11.2 million open jobs available on the last day of July — nearly two jobs, on average, for every unemployed person — a sign that employers are still urgently seeking workers despite a weakening economy and high inflation.

The Labor Department issues its August jobs report on Friday, and analysts surveyed by the data provider FactSet expect the U.S. economy added a robust 300,000 jobs.

U.S. employers added 528,000 jobs in July, according to the Labor Department, more than double what forecasters had expected. The unemployment rate dipped to 3.5%, tying a 50-year low reached just before coronavirus pandemic slammed the U.S. economy in early 2020.

Inflation continues to be the biggest threat to both the global and U.S. economies. The rise in consumer prices slowed modestly from June to July, bur remains historically high enough that the Federal Reserve has indicated it will keep raising interest rates until prices retreat.

The Fed has raised its benchmark short-term interest rate four times this year and Chairman Jerome Powell said last week that the central bank will likely need to keep interest rates high enough to slow the economy “for some time” in order to tame the worst inflation in 40 years. Powell has acknowledged the increases will hurt U.S. households and businesses, but also said the pain would be worse if inflation were allowed to fester.

Even though the labor market remains historically strong, some of that pain has already begun, particularly in the housing and technology sectors. Online real estate companies RedFin and Compass have recently announced job cuts as rising interest rates have cooled red-hot a housing market.

There has also been pullback in the tech sector after a nearly two-year pandemic boom. Snap, owner of the social media platform Snapchat, said Wednesday that it was cutting 20% of its global workforce due to declining revenue.

PVH, the owner of Calvin Klein and Tommy Hilfiger, also announced Wednesday a 10% cut to “people costs” by the end of 2023.

Higher borrowing costs have taken a toll on the U.S. economy, which contracted in the first half of the year. But the strength of the job market has been inconsistent with an economic downturn.

Will Yoon Gyeo Re Makes A Confession Or Breaks Seo Yeon Joo’s Heart?