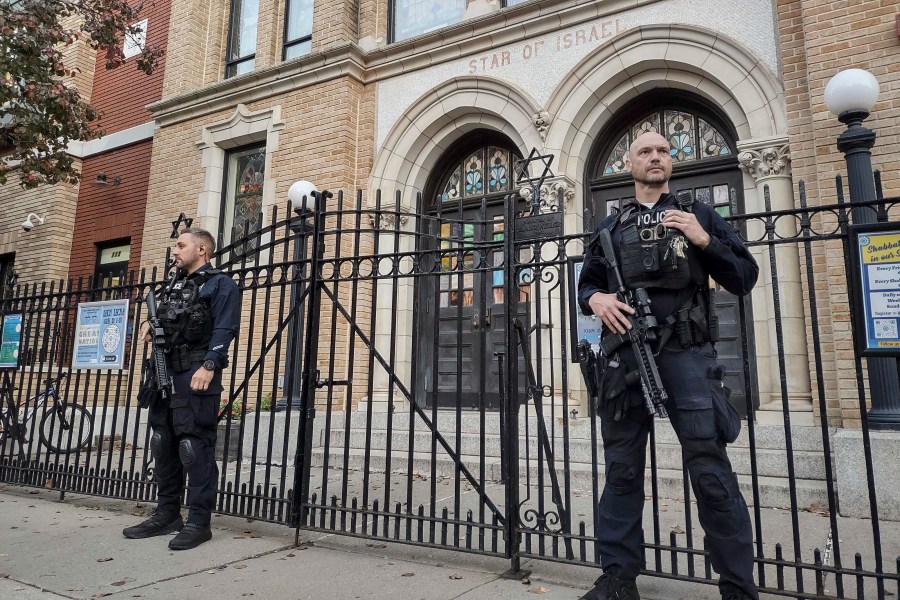 The FBI said Thursday that it had received credible information about a “broad” threat to synagogues in New Jersey, a warning that prompted some municipalities to send extra police officers to guard houses of worship.

The nature of the threat was vague. The FBI’s Newark office released a statement urging synagogues to “take all security precautions to protect your community and facility,” but wouldn’t say anything about who made the threat or why.

The alert was posted after officials discovered an online threat directed broadly at synagogues in New Jersey, a law enforcement official said. The posting did not target any specific synagogue by name, the official said. The official could not discuss details of the investigation publicly and spoke to The Associated Press on condition of anonymity.

The threat even prompted a response on the West Coast from the Los Angeles County Sheriff’s Department.

“For our Jewish residents, business owners and community leaders and members in #WeHo please rest assured, we are actively monitoring the situation and increasing patrols around sensitive areas,” the West Hollywood station stated on Twitter.

“If you see something say something,” the sheriff’s department urged.

Public warnings about nonspecific threats against Jewish institutions, made by a variety of groups including Christian supremacists and Islamist extremists, aren’t unusual in the New York City metropolitan area, and many turn out to be false alarms. But the area has also seen deadly attacks.

In Jersey City, Mayor Steven Fulop said police would be posted at the city’s seven synagogues and foot patrols would be added in the broader Jewish community. In 2019, two assailants motivated by anti-Jewish hate killed a police officer, then drove to a kosher market in Jersey City and killed three more people, before being slain in a gunbattle with police.

Police officers armed with rifles guarded a synagogue one city over, in Hoboken, where the public safety director also announced increased patrols in Jewish communities.

Five years ago, two New Jersey men were sentenced to 35 years in prison after being convicted for a series of attacks in 2012 that included the firebombings of two synagogues. They also threw a Molotov cocktail into the home of a rabbi as he slept with his wife and children.

In 2019, a man stabbed five people at a Hanukkah celebration at a rabbi’s home in an Orthodox Jewish community north of New York City, fatally wounding one person.

U.S. Rep. Josh Gottheimer, a New Jersey Democrat, said he was “concerned and outraged” by the latest threat against Jews.

“I am deeply concerned and outraged by today’s alert from the FBI,” Gottheimer said. “This is what happens after years of antisemitic comments from public figures,” he added, citing recent comments by Kanye West and a social media post shared by NBA star Kyrie Irving.

The FBI didn’t release any information suggesting the threat that prompted the warning was related to the public debate over those comments.

Schiff to run for Senate: LAT