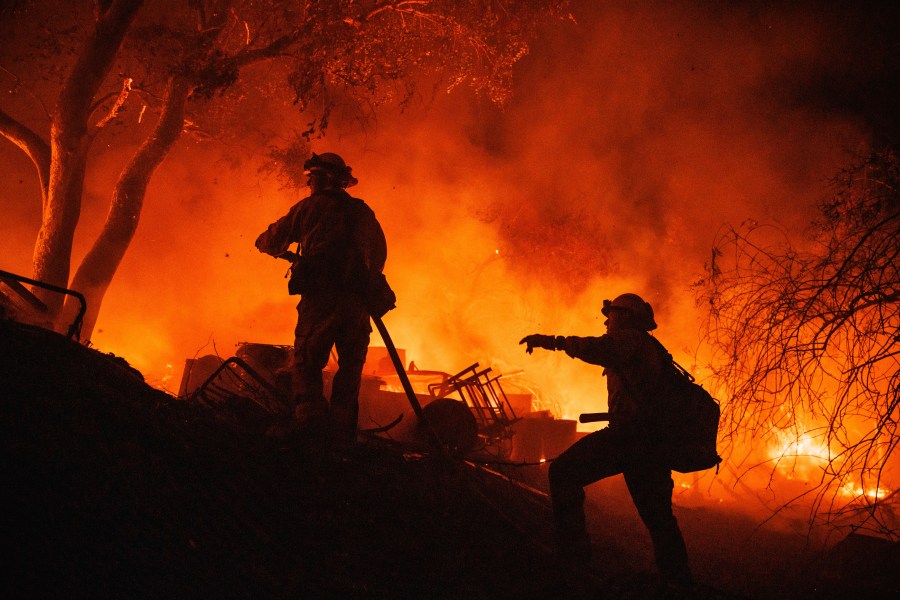 Wildfire attorney Alex Robertson IV filed a lawsuit Thursday on behalf of three families impacted by the Fairview Fire, which burned near Hemet earlier this month and killed two people.

Robertson said that within hours of the blaze starting, Southern California Edison “filed what we call an electrical safety incident report — an ESIR — with the California public utility commission as they’re required to do by law.”

In particular, Robertson highlighted one 12 kilovolt distribution circuit, which showed activity close in time to the reported start of the fire.

“It means that their computer data indicated that there was an electrical fault most likely due to an arcing event on their powerlines,” Robertson said. “And that’s how most of these wildfires start. During a wind event, the lines will either sway and come into contact, which we call line slap, then you have an electrical arcing event where you get showers of molten aluminum from the powerlines fall into the brush below and start the fire.”

“We had a power surge,” she said. “I was in the house. The lights went out a couple seconds, then came back on. We all looked at each other and said that was a power surge. We go outside a little bit later and my daughter-in-law says we’ve got fire. We look and it’s coming out of Avery Canyon in this direction. And we had those high Santa Ana winds.”

Maria Velasco, a plaintiff in the case, told KTLA on Sept. 6 that she feared for her animals as the fire neared.

They ended up losing three quarter horse mares, five dogs and two litters of puppies, and much of their property was destroyed.

Robertson offered one solution to avoid another fire like this: burying power lines underground.

“What we’re seeing time and time again in these fires is that it’s aging infrastructure that has not been maintained and replaced,” Robertson said.

However, he’s not optimistic about the utility companies making such a move.

“It’s unfortunate because it’s shown that the cost to underground the powerlines in these high-fire-threat areas is much cheaper than it is when you have to go and reimburse your victims after you’ve burned down hundreds, sometimes thousands, of homes, and you mentioned the case of Paradise, sometimes an entire town,” he said.

SoCal Edison did not comment on the lawsuit, but a spokesperson confirmed that there was circuit activity close to the site of the fire’s start. The cause of the fire is under investigation.