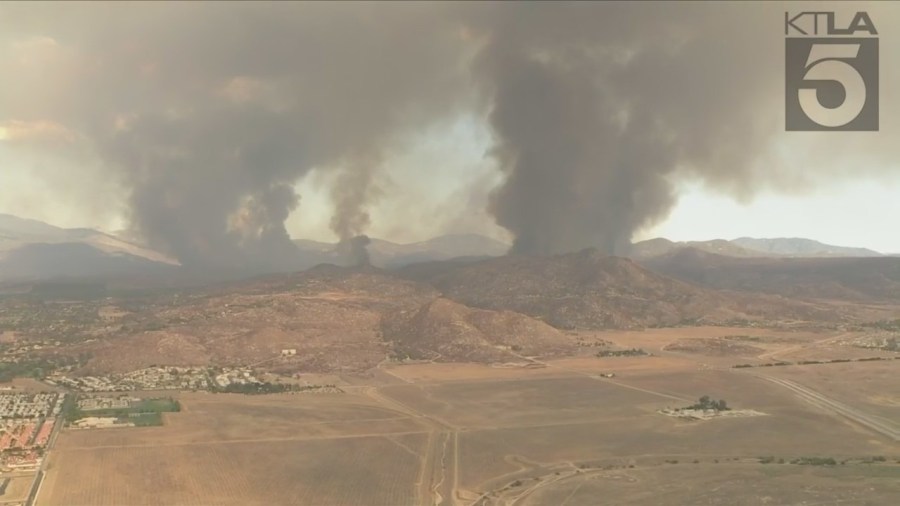 The Fairview Fire continues to expand with very limited containment in the mountains south and west of Hemet, California.

The fire was estimated to be 9,846 acres Wednesday afternoon, Cal Fire announced. Containment was listed at just 5%.

Two people died trying to escape the flames in their vehicle when the fire first erupted Monday afternoon. A third person in the same vehicle suffered severe burns but survived, officials announced Wednesday.

At least seven structures have been destroyed, including several homes.

Tap for complete coverage of the Fairview Fire

“I’m Not Guilty of Anything” [Video]

Three people suffer burn injuries from a fire near USC

California is the least generous state for tipping: Report