Elizabeth Holmes sentenced to 11 years in prison in Theranos scandal 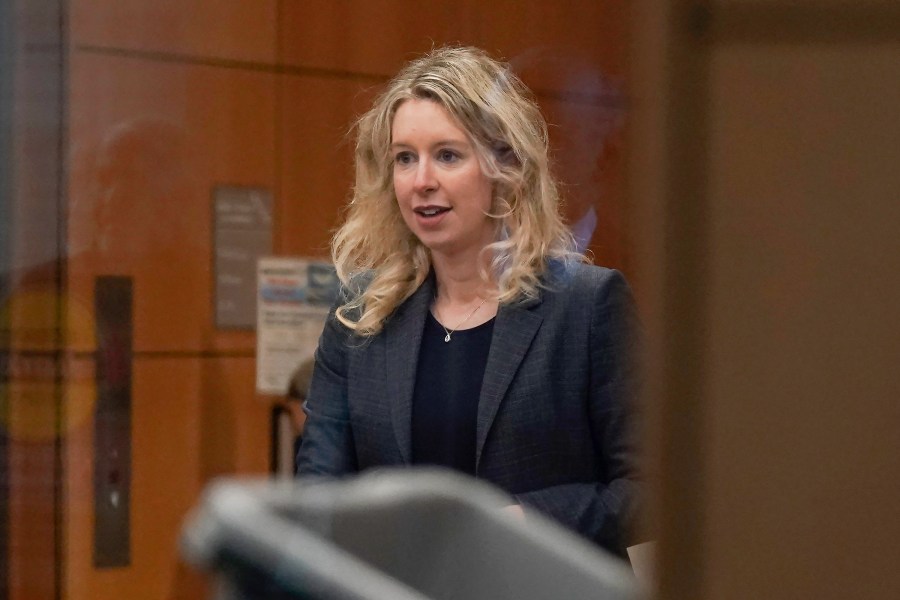 SAN JOSE, Calif. (KRON) – Elizabeth Holmes was handed a sentence of 135 months in prison on Friday, amounting to approximately 11.25 years. The former Theranos CEO has already been convicted on four counts of wire fraud and conspiracy. Holmes’ defense had asked for 18 months of house arrest.

The judge in the case handed down a sentence of 135 months, approximately 11.25 years. Upon hearing the sentence, Holmes bowed her head and shared a long hug with Billy Evans, the father of her baby.

1:59 p.m. – Elizabeth Holmes makes a statement to the court.

Elizabeth Holmes stood up in court and made a statement on her own behalf on Friday.

“There is so much I have wanted to say. I want to thank the court for the respect you have shown me. I stand before you taking responsibility for Theranos,” she said through tears. “I loved Theranos, it was my life’s work. My team meant the world to me. They worked tirelessly. Every day I have felt deep pain for what people went through because I failed them. I am so, so sorry. I gave everything I had to building and trying to save our company. Looking back, there are so many things I would do differently if I had the chance.”

She then read a quote, saying “Yesterday I was clever so I wanted to change the world. Today I am wise so I am changing myself.”

Assistant U.S. Attorney Jeffrey Schenk is making his final pitch to the judge as to why Holmes should get 15 years in prison.

“The government believes the court should sentence the defendant to 15 years,” Schenk said.

Reasons presented by prosecutors to slap Holmes with a lengthy sentence include that her scheme was “extensive and sophisticated,” and that she has still never accepted responsibility nor expressed remorse for her fraud scheme.

According to prosecutors, the relationship between “innovators and investors in Silicon Valley requires trust. Ms. Holmes destroyed that trust.”

Prosecutors and Holmes’ defense attorneys went back and forth over sentencing guidelines before United States District Court Judge Edward Davila handed down the sentence.

The defense stated that Holmes deserved a lighter sentence because she took responsibility for failures at Theranos. Prosecutors disagreed, saying Holmes refuses to express remorse.

“The defendant since day one has denied committing any wrongdoing,” federal prosecutor John Bostic stated.

Since Holmes was only convicted on counts of defrauding investors, and not defrauding patients who received erroneous blood test results, the defense argued her sentence should only be based on her convictions.

Theranos raised $945 million from investors based on lies about the capabilities of its blood testing machines, prosecutors said. Holmes was convicted on four counts of wire fraud and conspiracy. Prosecutors said when Holmes was faced with “failure” as a Silicon Valley biotech company CEO, or “fraud,” she chose fraud.

This Airline is Doing Away With Boarding Passes

Woman accused of organizing prostitution ring for dockworkers, billing their insurance for payments