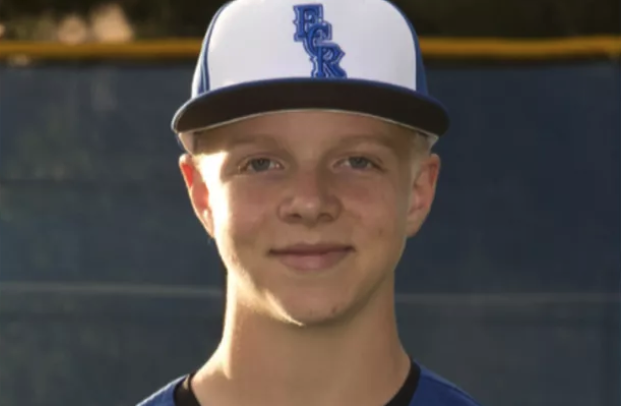 Cade Kitchen, 17, was described as a stand-out student and a dedicated athlete.

School officials have not released many details about the death, but indicated it was the result of a fentanyl overdose.

It is unclear if the drugs were consumed on or off campus and how they were obtained.

Counselors and school-based therapists have been made available campus.

“This is an especially difficult and emotional time for those who knew the student, the student’s family or for students who have experienced recent trauma in their own lives,” David Hussey, executive director of the school, said in a letter to parents last week. “This loss affects all of us in the El Camino Real Charter School family.”

“Cade was only a few years older than me and this has been very eye opening to me because now I know what can happen to you, especially at such a young age,” he said. “I grew up with Cade playing baseball and it’s really sad to know that … it can happen right here in your community.”

Brad Wright, chair of the board of directors for the high school, said the school is in mourning.

“It’s mourning because this was an excellent, excellent young man that was here,” he said. “But not just that, we’re mourning the fact that a young life got snuffed out, and how could it have been prevented. That’s what we have to try to work on.”

Students at Bernstein High School in Hollywood were hit with the same tragedy last month when two teen girls overdosed on campus.

One of the girls, 15-year-old Melanie Ramos, died inside the school bathroom.

Carol Anne Valvo, a parent of two teens at El Camino Real, said she worries “constantly” about drugs her children might have access to.

“I tell them all the time, ‘you are not allowed to consume anything from anybody unless I, or your father, or a family member gives it to you, I don’t care if it’s a stick of gum,’” Valvo said.

Kitchen’s family has set up a GoFundMe page in his memory to help with expenses.

Goodwill Is Showcasing Its Many Luxury Finds With New E-Commerce Platform, GoodwillFinds

Here’s why many electric vehicles are so expensive