Driver slams into more than a dozen cars in South L.A. 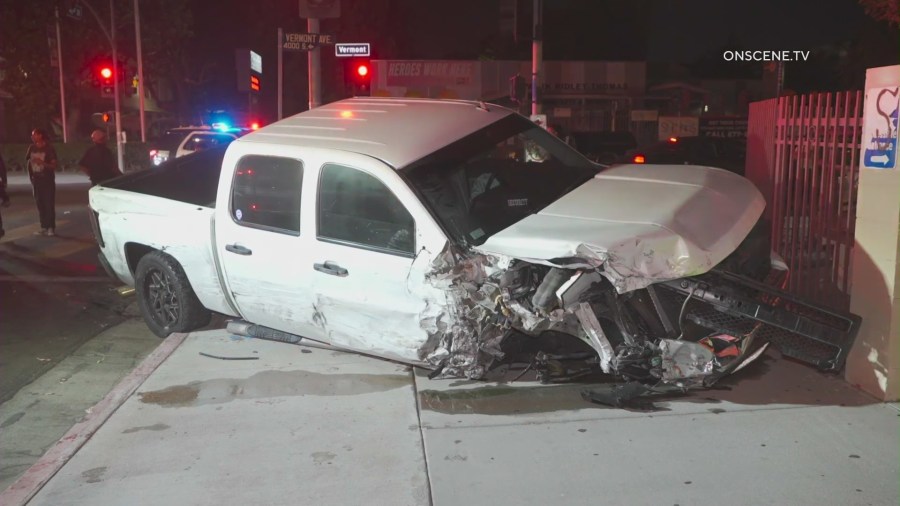 A driver sideswiped more than a dozen cars while traveling down a street in the Vermont Square neighborhood of Los Angeles late Monday night.

The incident occurred just before 11:30 p.m. as witnesses say a white pickup truck was headed northbound on South Vermont Avenue.

The driver struck about 18 vehicles parked between West Vernon Avenue and 41st Street before coming to a stop on a sidewalk.

Witnesses said the driver tried to run from the scene and appeared to be intoxicated but was held by the group until authorities arrived.

Police have not confirmed if drugs or alcohol were factors in the incident.

Video showed dozens of vehicle owners surveying the damage to their vehicles after the crash.