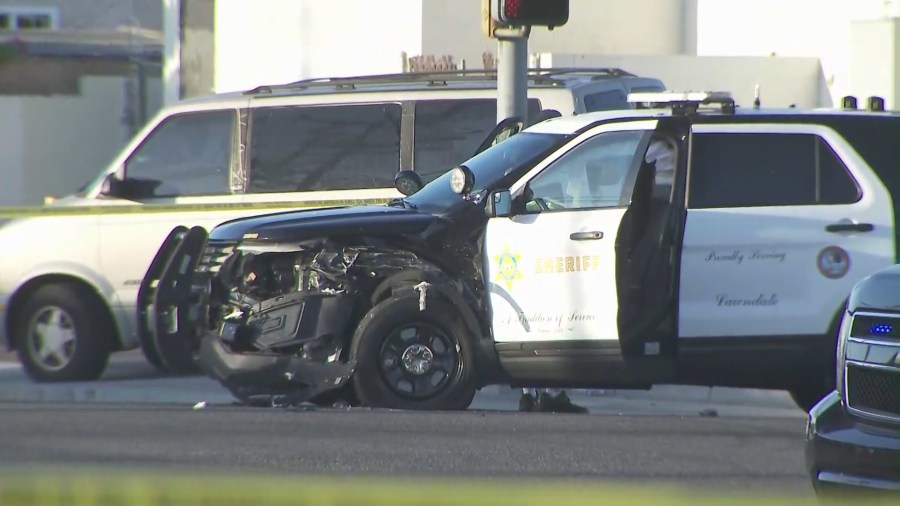 A Los Angeles County Sheriff’s Department deputy was hospitalized Sunday morning after their vehicle was involved in a collision in South Los Angeles, authorities said.

The collision occurred shortly before 5:00 a.m. at the intersection of Van Ness and Marine avenues in Gardena.

KTLA video showed the deputy’s cruiser with serious damage to the front-end driver’s side. The other vehicle, a gray sedan, also sustained damage.

Immediately after the crash, the driver of the sedan fled on foot, the Sheriff’s Department said. Authorities set up a perimeter but had not located the suspect as of 7:30 a.m.

The deputy was conscious when they were transported to a hospital. Their condition was not immediately available.

What is Friday’s Powerball jackpot?