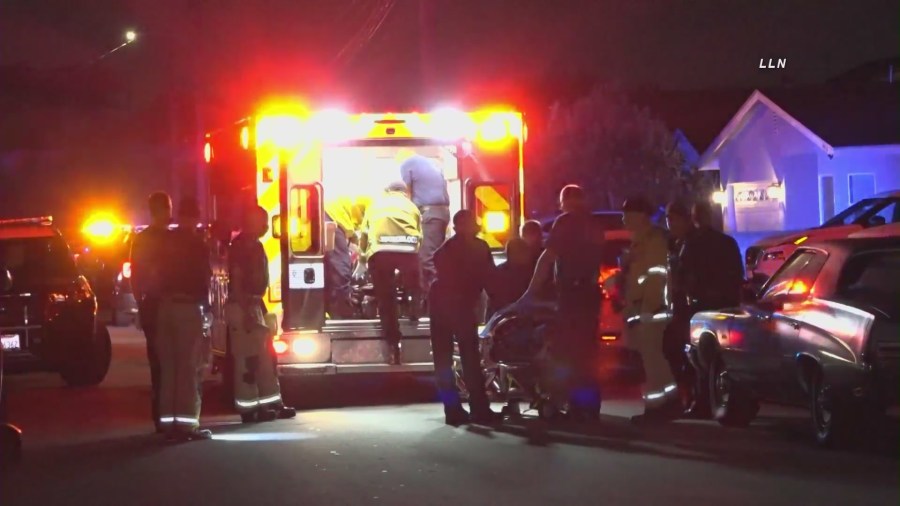 Three men were killed and two other people were injured in a shooting in Downey early Sunday morning.

It happened around 12:45 a.m. the 8100 block of Leeds Street near where a house party was taking place.

Downey police officers responded to the scene for a report of shots fired in the area. Upon arrival they found four men and a woman who had been shot.

Three of the men were declared dead at the scene while the fourth man and the woman were transported to the hospital for treatment of their injuries. Their conditions are unclear at this time.

Detectives from the Downey Police Department took over the investigation and said the shooting appears to have been an isolated incident with no additional suspects wanted at this time.

Investigators said multiple people opened fire, and it appears likely that some of the victims were the ones firing shots.

Anyone with additional information is encouraged to call Downey Police Detective Bryan Chaidez at 562-904-2391 or Lieutenant Dwayne Cooper at 562-904-2370. You can also submit an anonymous tip online at lacrimestoppers.org.

‘Puss caterpillars’: What are they and how dangerous are they?

Pat Carroll, voice of Ursula in ‘The Little Mermaid,’ dies