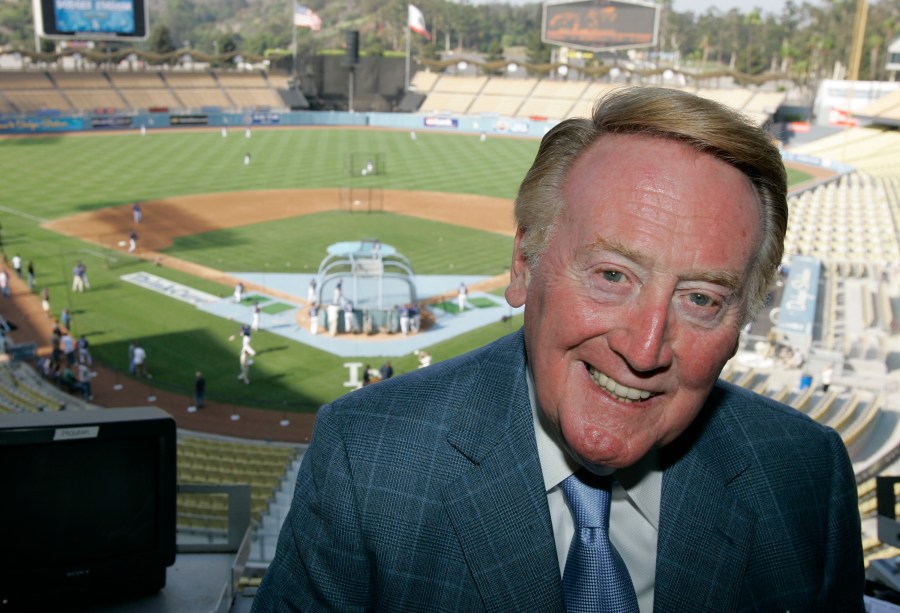 The Los Angeles Dodgers will honor Vin Scully in a ceremony before Friday night’s game against the San Diego Padres.

The Hall of Fame broadcaster died Tuesday at age 94. He called games in Brooklyn and Los Angeles for 67 years as the longest tenured broadcaster in any pro sport.

Scully will be commemorated at various locations around Dodger Stadium as well.

Behind the press box named for him, the “I’ll Miss You” banner from his last game at the stadium in 2016 will be on display. Some of his World Series rings will be displayed starting Aug. 19.

In the lobby, a tribute to Scully will be added to the display case.

The Dodgers are wearing a black patch featuring a microphone and the name ‘VIN’ on their jerseys for the rest of the season.

What will it take to get Brittney Griner home?