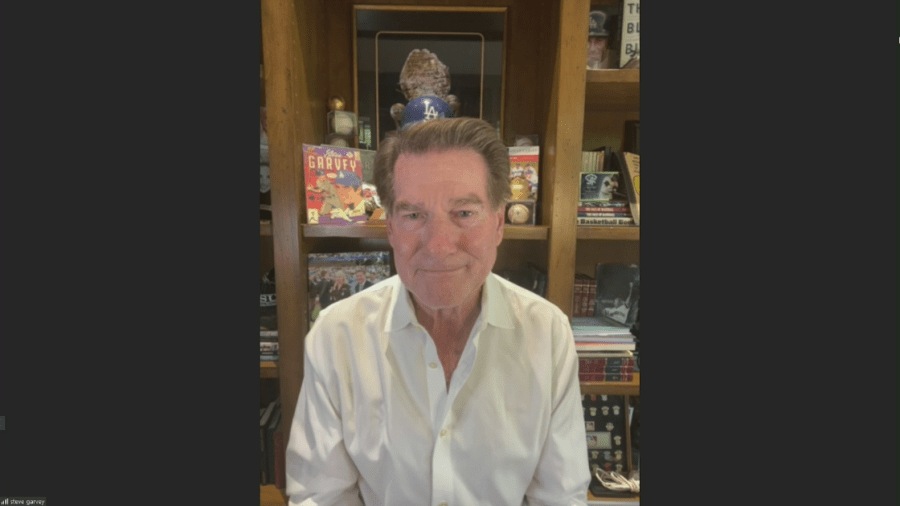 The Dodgers broadcasting legend died Tuesday at the age of 94.

“He (was) the fiber of Southern California and of baseball,” Garvey told KTLA Morning News Wednesday. “He’ll be with us in spirit.”

Garvey recalled the first time he met Scully, long before he was a professional ballplayer.

“I was so very fortunate to be a bat boy in Spring Training in Florida for the Brooklyn Dodgers, then L.A. Dodgers, and of all those iconic boys of summer, the first one out of uniform that I remember is Vin Scully,” Garvey said.

“I was sitting in the dugout and I must have been ten or 11, and this immaculately-dressed man with red hair came in, and he started to talk, and his voice was captivating.”

“He had a tape (recorder) with him and a microphone like they did back in the 50s and 60s, and then all of the sudden I realized this was the great Dodger announcer.”

Years later, Garvey met Scully under very different circumstances – this time as a young ballplayer who was drafted by the Dodgers out of Michigan State.

“I go to Spring Training and about three days in I’m walking… and here comes Mr. Scully the other way,” Garvey recounts.

“He says ‘Oh son…wait a minute. Weren’t you that kid with the flattop and the butch wax, and pretty chubby back then?”

And he says, “Welcome to the Dodgers, son.”

“I’m Married! I Don’t Care Who Knows It”

Suspected DUI driver crashes into building during chase in Pacoima