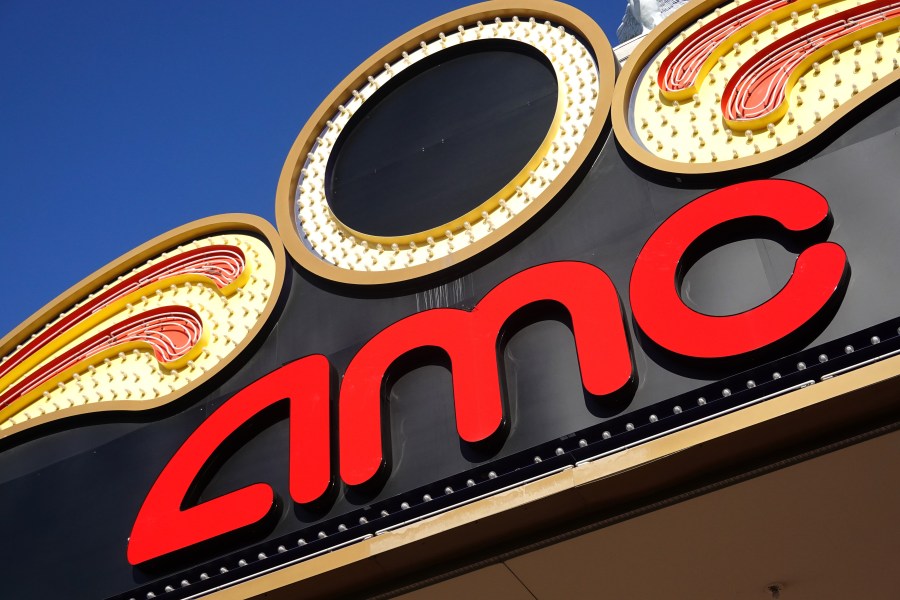 Following reports last week that theater operator Cineworld, owner of Regal Cinemas, could be on the verge of bankruptcy, rival AMC stock tanked Monday amid investor concerns that the theater business is in serious trouble.

After Cineworld warned of financial headwinds, AMC’s chief exec, Adam Aron, said in a statement that “we remain confident about AMC’s future” and that the company is “quite optimistic” about upcoming films.

AMC reported more than $5 billion in long-term debt at the end of the second quarter. That total climbs to over $10 billion when factoring in other obligations.

U.S. ticket sales are down 30% from 2019 levels, primarily because of the COVID pandemic and fewer must-see movies being released.

Challenges faced by the two biggest theater chains come amid a surge in popularity for streaming services that cater to a new generation of home-entertainment enthusiasts.

Streaming services represented 34.8% of total TV consumption in July, Nielsen found. That’s up nearly 23% from a year ago.

Cable viewership, meanwhile, represented 34.4% of the audience, while broadcast accounted for 21.6% of TV watchers. In both cases, that’s a roughly 10% decline from a year before.

The business model for movie theaters has been showing strain for years. It now can cost $50 or more for a family of four to enjoy a trip to the movies.

A Netflix subscription, by comparison, runs about $15 a month.

And with improvements in TVs, sound systems and streaming quality, it’s more satisfying than ever to watch stuff at home — even big-budget blockbusters that in the past required a movie screen for full enjoyment.

My solution for the theater industry is to introduce a sliding scale for ticket prices based on a movie’s popularity.

A hot ticket, such as the “Top Gun” sequel, could go for the average $9 a movie now costs (although many tickets are much higher).

A less-attractive offering — “Morbius,” say — could drop to maybe $5 after the opening weekend.

Will theaters do this? Probably not. They don’t want to cheese off studios by declaring some titles to be duds.

But the current woes of Regal and AMC underline that the status quo isn’t working, and may not ever work again.

And no amount of overpriced popcorn will fix that.

Paul Sorvino, known for roles on ‘Goodfellas’ and ‘Law & Order,’ dies at 83