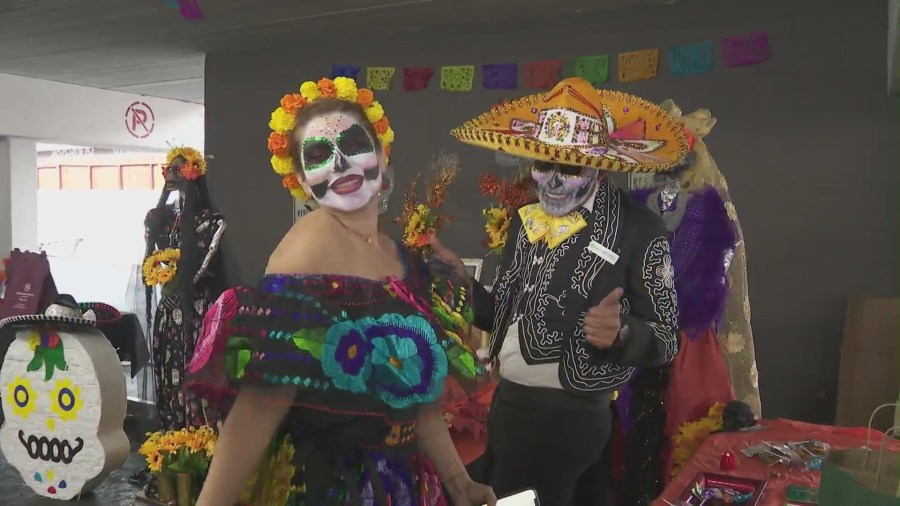 Taking place annually from Nov. 1-2, the Day of Dead honors loved ones who have passed away. The Olvera Street celebrations will take place over nine days, featuring music, a walking procession and colorful dances.

The Mexican tradition dates back thousands of years, celebrating the lives of loved ones who have passed on to the afterlife. It’s believed that the souls of the dead return to visit their living relatives on Día de los Muertos.

Traditionally, an ofrenda or an altar, is set up to honor the ones being remembered. The ofrendas are typically filled with their picture along with a few of their favorite things including food. Other items traditionally included can be marigolds and religious symbols.

Visitors of all ages were seen placing pictures of their loved ones on ofrendas along Olvera Street.

“This tradition is important for everybody,” says local resident Isabel Venegas. “Now we understand why we come to celebrate the people who pass away.”

“And now they know the heritage of the movies,” says Hector. “They show the rest of the world how Mexicans celebrate the Day of the Dead.”

Some Information On Making Delicious Tasting E-Liquid At Home