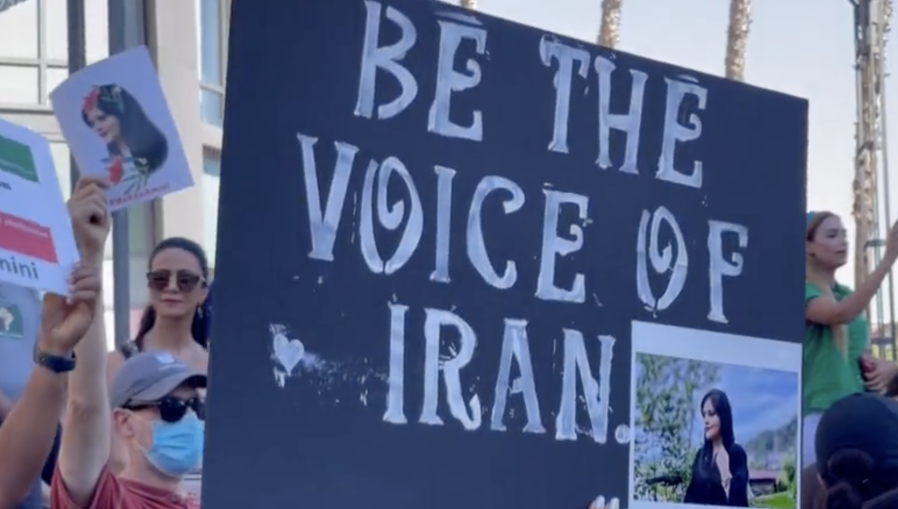 Hundreds of people started gathering Sunday morning as they marched along Ventura Boulevard. Demonstrators say they’re standing in solidarity with the family of Mahsa Amini, who died in police custody in Iran, the victim of what many are calling human rights abuses.

The young Iranian woman’s death has spurred thousands of people to rise up and take to the streets in protest.

There have been demonstrations in at least 40 cities nationwide, including several in the capital city of Tehran, with protesters demanding an end to oppression and discrimination against women in the Middle Eastern nation.

According to Iranian state-backed news agencies, at least 1,200 people have been arrested in connection to the protests.

Last weekend, the 22-year-old Amini was detained by the “morality police” in Iran over an accusation that she violated the country’s dress code by wearing her hijab — or headscarf — too loosely.

In video later released, Amini is seen talking to someone at the police station before she suddenly collapses. She was taken to the hospital and died three days later.


US allows tech firms to boost internet access in Iran

Local women who spoke with KTLA during Sunday’s march say they have not been able to communicate with friends and family in Iran.

“I just want to support the women, especially the loss of an Iranian woman, that they don’t have a voice. And as you know, the internet and everything is cut off. So, we are here to be their voice and we are here to bring awareness to what is happening,” one woman said.

“I want them to know that we want a free Iran,” another woman added. “We don’t want this regime and we want to have our freedom like everybody else in any part of the world.”

According to several media outlets, dozens of protesters in Iran have also been killed in clashes with security forces. The exact number of casualties, though, hasn’t been confirmed.

Injured man dies after being found in Long Beach neighborhood