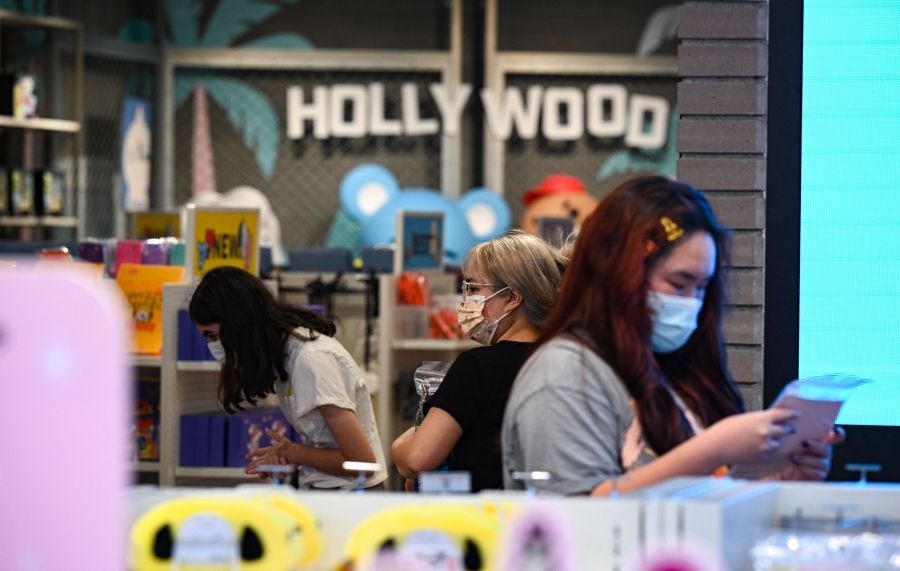 Los Angeles County health officials are expected to reach a decision Thursday on whether to reinstate an indoor mask mandate.

The mandate would begin Friday in response to a summer surge of COVID-19 cases fueled by the highly contagious omicron subvariant.

Health officials are expected to base their decision on criteria established by the CDC.

The mandate would apply to everyone in indoor spaces over the age of two.

Several cities, including Beverly Hills, Pasadena Long Beach, and most recently El Segundo have already announced they would not enforce any mandate implemented by the county.

“If this goes down again, and people are very much against it, we’re taking you know the chance of number one, businesses really considerably going down, and downhill fast. There’s no more PPP money to come in there to help them with this thing … And we’re also practically putting employees, some of them even our own kids, on the front lines of having to tell someone to put a mask on when they don’t want to,” El Segundo City Councilmember Lance Giroux said.

City of Beverly Hills says it will not enforce mask mandate

A large number of people have also been showing up to their local city council meetings to share their opinions about the potential mandate.

“The city cannot legitimately enforce such rules that would violate its constituents constitutional rights,” one woman said.

Recent data have brought hope that a new indoor mandate will not be necessary.

As of Tuesday afternoon, L.A. County was averaging about 6,000 COVID-19 cases per day over the course of a week, which is down 11% from the prior week, the Los Angeles Times reported.

Is George Sear From Love Victor Gay? All Details About His Personal Life & Career

Boy dies after being struck by vehicle in Long Beach