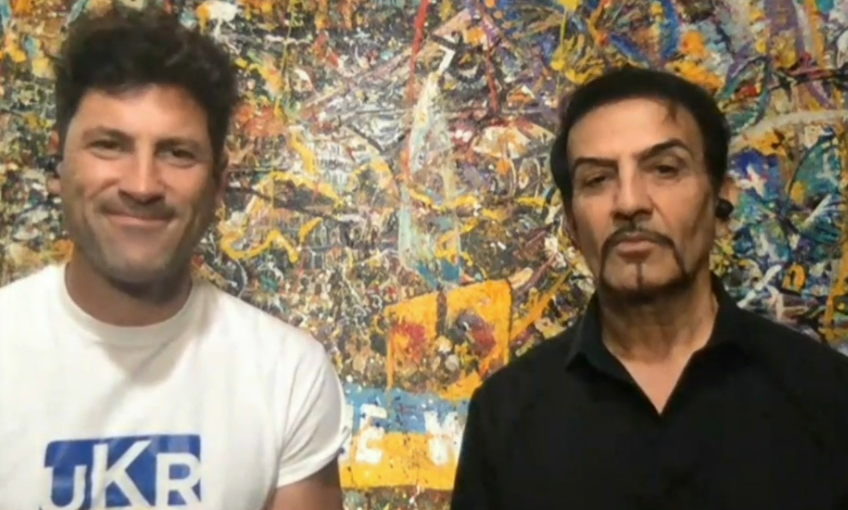 Months ago, when Russian forces began invading the region, the “Dancing with the Stars” pro took to social media to give a first-hand account of his harrowing journey to out of the country. He’s back on American soil, still making moves to help his native land.

Roostae has a painting that will be auctioned off and the proceeds will go towards helping Ukrainians and Ukrainian refugees. Anthony Hopkins and Paul McCartney are among the many big names that own a painting from the artist. The proceeds will help Chmerkovskiy’s nonprofit Baranova 27.

“Imagine a hurricane that’s never left and continues to leave damage. That’s the situation in Ukraine,” Chmerkovskiy explained. “We’re awaiting the counter-attack from Ukrainian forces to push Russian forces back to the borderline. Afterwards, we all believe, there will be a negotiation or discussion about ending the war.”

In the meantime, there are still people who are in need, especially with the winter months around the corner.

“The winters there are not easy and the fact that a lot of people are displaced,” he explained. “They have no homes, no electricity. Some have no water.”

Roostae, who is a refugee from Iran, explained how this matter hits close to home.

“The United States gives you an opportunity to live a different life than the rest of the world,” Chmerkovskiy explained. “The freedoms that we have shouldn’t be taken for granted.”