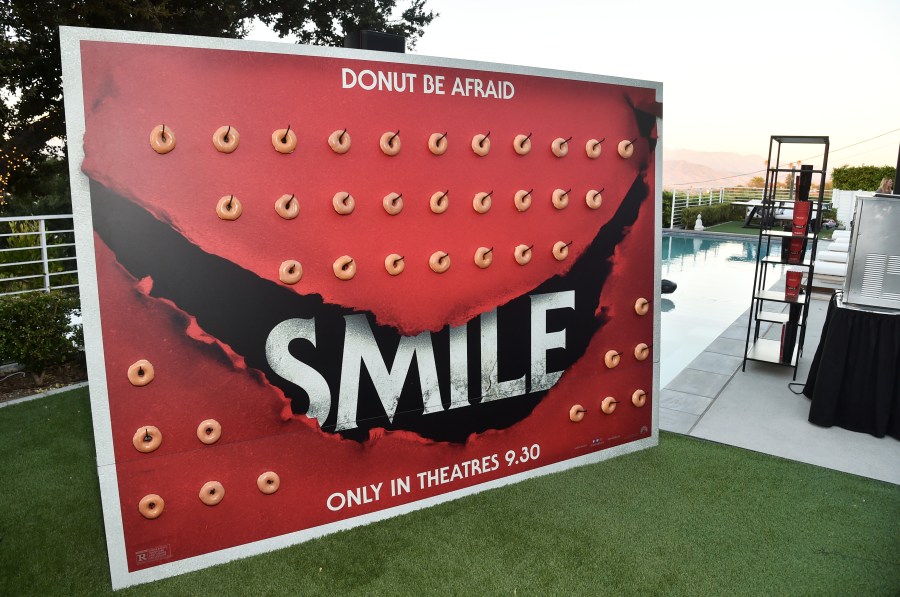 Baseball fans might have noticed something unusual behind the batter at the Yankees, Mets and Dodgers games Friday. Three people had the internet buzzing, holding a smile, not moving, looking straight into the camera, and occasionally standing.

It appears movie executives were looking for a unique way to stir up conversation about a new horror film. The staring spectators at the baseball games were promoting Paramount Pictures’ movie “Smile,” which is coming to theaters on Thursday, according to TMZ.

The three games where these people appeared were Dodgers vs. Cardinals, Mets vs. A’s and Yankees vs. Red Sox. At the Mets game, it was clear that the ballpark staff was not prepared for the movie promo as a security guard went up to the woman standing with a bright yellow shirt and told her to sit down.

At the Yankees game, Aaron Judge tried to tie Roger Maris’ AL home run record with 61. A man in a bright blue shirt was also smiling and occasionally standing. One person on Twitter joked that they hadn’t moved in 40 minutes.

While the internet went wild after the woman was seen at the Mets vs. A’s game in Oakland, fans watching games at home started to keep their eyes open for even more of these smiling statues at different MLB games. That’s when one fan watching the Dodgers-Cardinals game where Robert Pujols hit his 700th home run saw another person in a bright yellow shirt with “Smile” written on it.

Nexstar’s WPIX reached out to Paramount Pictures, but did not immediately hear back.

Florida Under State Of Emergency As Tropical Storm Ian Nears