Crash that killed 2 women in Compton was not associated with street takeover: LASD 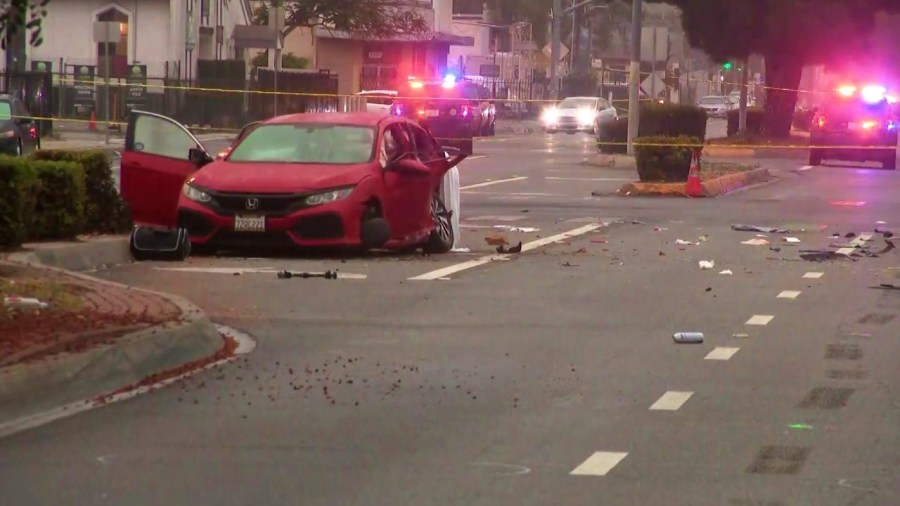 Authorities have determined a double fatal collision in Compton that occurred late Sunday was not associated with a street takeover.

The update was shared at the Compton City Council meeting Tuesday, two days after the deadly collision.

“Although the incident is an ongoing investigation, we can confidently share that the two fatalities that occurred at the intersection were not related to the street takeovers,” Los Angeles County Sheriff’s Department Deputy Craig Walker said.

The incident occurred around 11:42 p.m. Sunday near the intersection of North Wilmington Avenue and West Stockwell Street.

A witness account that a sedan had been drifting around the intersection with a woman hanging out of the window was never verified by authorities, who were still conducting their investigation the morning after the crash.

The sedan did collide with an SUV that was travelling through the intersection in a different direction, leaving two women who were traveling in the sedan with fatal injuries.

One of the women had ejected from the vehicle as a result of the crash.

The two women were identified by the Los Angeles County Coroner’s Office as 20-year-old Michellie Gonzalez from Cudahy and 18-year-old Jennyfer Flores of Long Beach.

“My deepest condolences go out to the families and friends of the individuals who lost their lives in the tragic vehicle collision,” Compton Mayor Emma Sharif stated in Friday’s update about the crash.

The cause of the collision is still under investigation.