Court documents: Nurse in fatal Windsor Hills crash was speeding at 130 mph before colliding with other cars 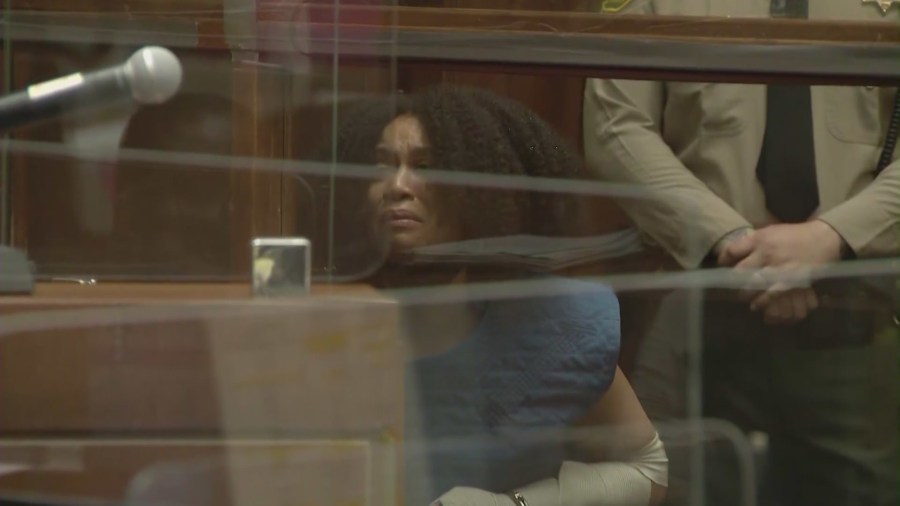 A nurse accused of killing six people and injuring seven others by speeding through a red light in Windsor Hills last month was traveling at 130 mph, far faster than previously thought, court documents indicate.

The nurse, 37-year-old Nicole Linton, was initially thought to be going 90 mph, but the Los Angeles County District Attorney’s Office claimed in a motion that she floored her gas pedal for at least five seconds leading up to the fiery crash at La Brea and Slauson avenues on Aug. 4, the Los Angeles Times reports.

“This NASCAR-worthy performance flies in the face of the notion that she was unconscious or incapacitated,” the filing said.

Video obtained by KTLA showed the Mercedes-Benz believed to be driven by Linton speeding toward cross-traffic in the intersection without braking.

Linton could face life in prison if convicted of her charges, which include six counts of murder and five counts of vehicular manslaughter with gross negligence.

Murder charges were filed for victims Asherey Ryan, 23, the unborn child she was carrying, her 11-month-old son, Alonzo, and her fiancé, Reynold Lester, as well as Nathesia Lewis, 43, and her friend Lynette Noble, 38.

Linton’s attorneys have argued that she has been diagnosed with bipolar disorder and her mental health was deteriorating in the period leading up to the crash.

In the meantime, family members of some of the victims have offered Linton their forgiveness.

PnB Rock commented on L.A. robberies days before he was robbed, killed

Why is Lake Tahoe’s water so beautifully blue?