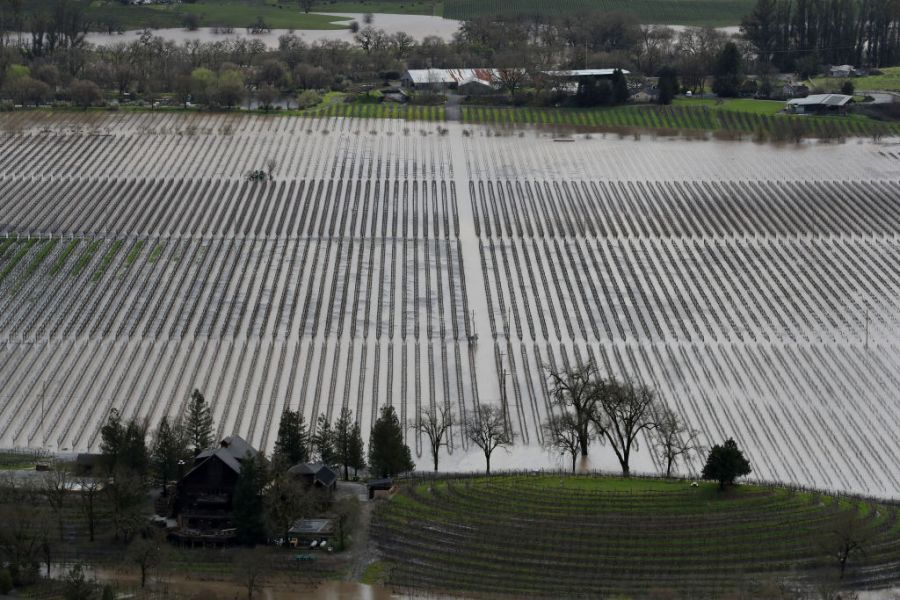 (The Hill) – The likelihood of a “megastorm” occurring in California has doubled due to climate change, according to a new study published on Friday.

The study, published in the Science Advances journal, found an increased likelihood of runoff water occurring from harsher storms, creating the threat of debris flows and landslides later, according to a press release from the University of California, Los Angeles.

With every degree that the Earth gets warmer, the likelihood for a “megastorm” increases, too, the study found.

Researchers looked at two different scenarios using present climate models and high-resolution weather modeling. One scenario involved a long series of storms taking place during what scientists predicted climate conditions would be like between 2081 and 2100.

The other scenario predicted what it would be like if those storms took place in the current climate, according to the release.

In the Sierra Nevada Mountains, storms that took place toward the end of the century would see between 200 percent and 400 percent more runoff because of higher precipitation.

“There are localized spots that get over 100 liquid-equivalent inches of water in the month,” UCLA climate scientist and co-author of the research David Swain said in a statement regarding the end-of-the-century scenario.

“On 10,000-foot peaks, which are still somewhat below freezing even with warming, you get 20-foot-plus snow accumulations. But once you get down to South Lake Tahoe level and lower in elevation, it’s all rain. There would be much more runoff.”

The researchers also noted that the state risks a $1 trillion disaster. In addition, parts of major cities like Los Angeles and Sacramento would be underwater if the state endured the kind of flooding that took place during the Great Flood of 1862 in the current climate.

“Modeling extreme weather behavior is crucial to helping all communities understand flood risk even during periods of drought like the one we’re experiencing right now,” Karla Nemeth, director of the California Department of Water Resources, said in a statement.

“The department will use this report to identify the risks, seek resources, support the Central Valley Flood Protection Plan, and help educate all Californians so we can understand the risk of flooding in our communities and be prepared.”

The department contributed some funding toward the study.