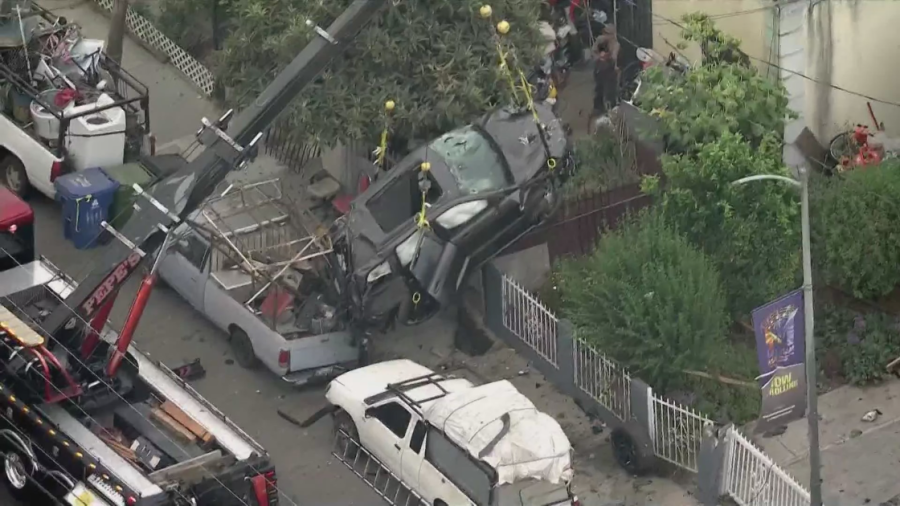 A car crashed into a parked truck and landed on a fence in Watts early Thursday, video showed.

The incident occurred about 2 a.m. along the 11000 block of Compton Avenue, the Los Angeles Police Department said.

The car also landed on some power lines in the area, aerial video from Sky5 showed.

Officers responded to the incident and two ambulances were requested.