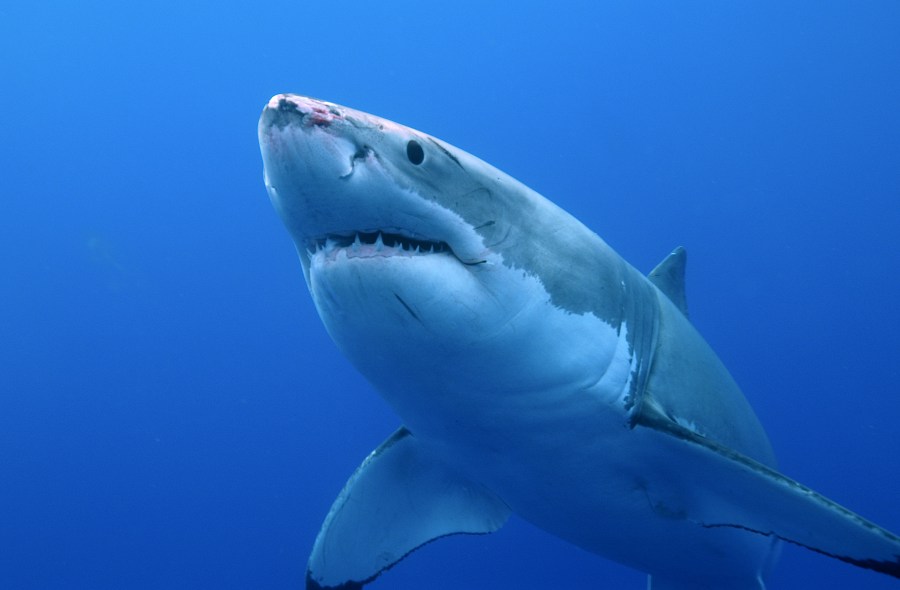 A 31-year-old surfer in Northern California is recovering after a shark attack that left gruesome bites on his right thigh and leg.

Jared Trainor was unclear whether a seal or shark had knocked him off his board during a Sunday outing to Centerville Beach, he told the Times-Standard newspaper in Humboldt County. The animal had his right leg and board clamped in its jaws, he said.

Underwater, the experienced surfer grabbed the attacker’s body with one hand and kicked at its head with his free leg until it let him go and swam away, he said. Trainor returned to the beach where another surfer had a cell phone they used to call for help.

“I don’t remember the initial contact,” he told the newspaper. “It kind of happened so quickly.”

Surgeons stapled shut his open wounds, which spanned nearly 19 inches (48 centimeters) or the length of the shark’s mouth.

Photos of a recovering Trainor and his wounded leg are posted at the Instagram account of The Shop, a surf shop in Arcata. His sister, Haley Martino, said in a GoFundMe fundraising post that her brother was bitten by a great white shark.

Humboldt County had 16 shark attacks since 1960, according to a 2017 news article in The Sacramento Bee.

The Ferndale Volunteer Fire Department confirmed in a social media post that the bite was from a shark.

“To our recollection of our membership, we have not had an incident like this. This is a reminder that there are many hazards to be aware of when you are at the beach,” the department said in its post.