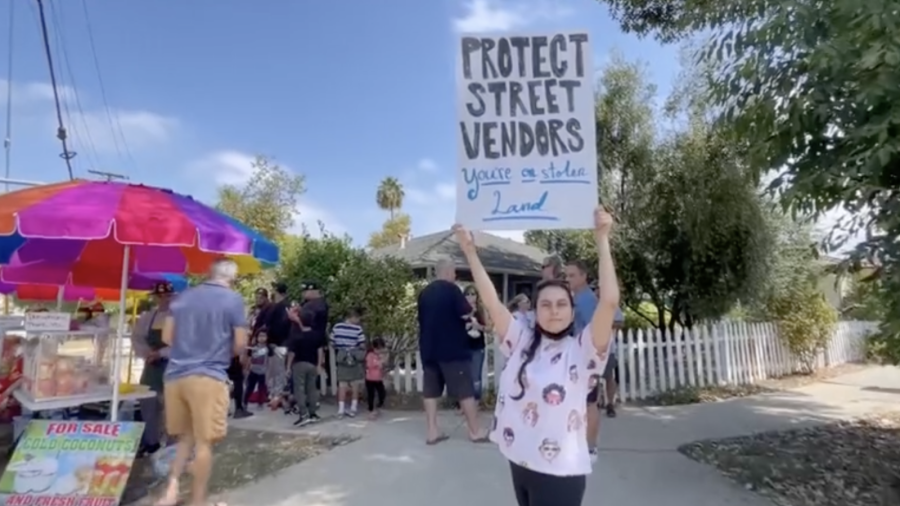 The California Legislature passed a new bill on Tuesday that will make it easier for street vendors to obtain business permits.

SB-972, sponsored by Sen. Lena Gonzalez (D-Long Beach), will reduce the fees for a permit, registration, or other documents needed for an applicant to be approved.

Under the current law, individuals that operate a business without the necessary permit could receive a misdemeanor.

The bill will also make amendments to redefine how someone could prepare food and broaden the definition of a “cottage food operation” to include pushcarts, stands, and pedal-driven carts street vendors typically use.

The bill will also expand on where a “cottage food operation” could operate, how many meals they could sell and how much money the business could make.

The current law says that food preparation can’t include slicing, chopping, dispensing, or cooking food on a heated surface. Someone also couldn’t operate a “cottage food operation” that wasn’t close to the residence where the food was being prepared or had more than one employee.

Advocates have praised the bill’s passing.

However, critics of the bill like Randall Scott, an executive director of the Fisherman’s Wharf Community Benefit District in San Francisco, have said the bill doesn’t address the dangers street vending can have on Californians, out-of-state visitors, and other vendors.

In the guest commentary for CalMatters, Scott notes that a vending cart exploded in July 2021, some vendors sold unrefrigerated meat in Santa Monica, and minors were sold alcohol and edibles earlier this year.

He acknowledges the bill makes it easier for vendors to get permits but says it doesn’t address public safety concerns. Scott urged the public to speak with their local representatives about the cart vending situation in their area before the bill passed the state legislature.

“We are fully on board with efforts to make the permitting process more efficient and simpler. But any new legislation must retain the current level of local control, not reduce it,” Scott said in the commentary.

The bill is heading to Gov. Gavin Newsom’s desk.

Police use stun gun on man during confrontation in Anaheim park