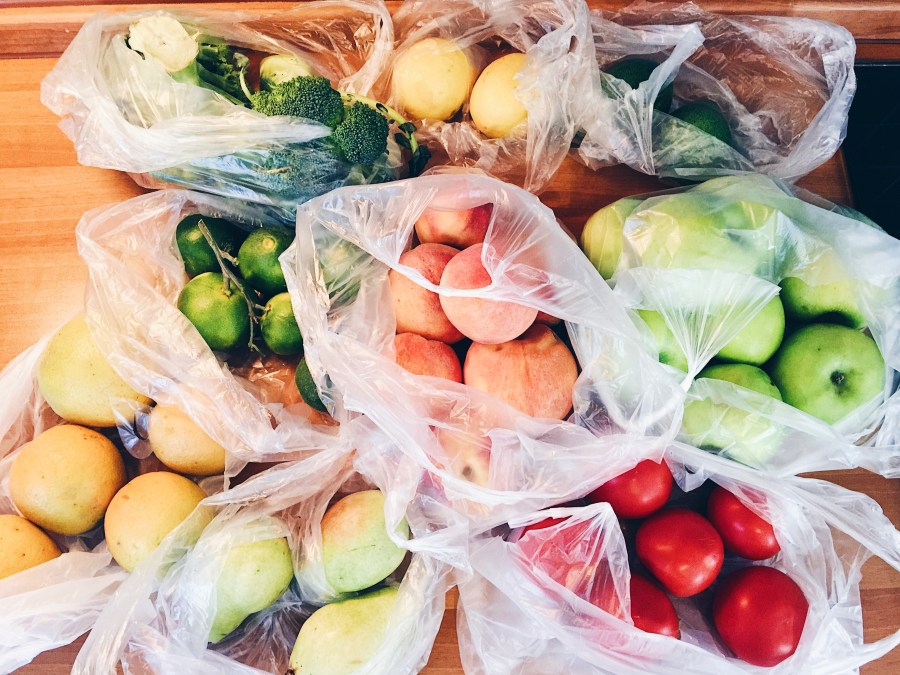 Plastic produce bags will soon be a thing of the past for California grocery shoppers.

The state will effectively ban plastic produce bags from supermarkets after a new bill, SB 1046, was signed into law by Governor Gavin Newsom on Sept. 30

Alternatively, stores must replace the bags with either paper bags or compostable bags, according to the bill.

California will be the first state in the nation to outlaw the produce bags after banning single-use checkout bags from supermarkets, pharmacies and convenience stores back in 2016.

“Precheckout bags” as the bill refers to them, not only applies to bags typically seen near fresh fruit and vegetables, but also includes bags used for unwrapped food items such as meat, fish, nuts, grains, candy, and bakery goods.

Proponents of the bill say single-use bags can easily end up in waste streams and contaminate compost facilities.

“The average working life of a plastic bag is 15 minutes, and over 100 trillion plastic bags are used worldwide each year,” says Californians Against Waste, an environmental advocacy group that sponsored the bill. “Several studies have shown that contamination in compost waste streams decreases when consumers have convenient access to compostable bags.”

“I was proud to partner with Californians Against Waste to get SB 1046 passed this year,” said Senator Susan Eggman, co-author of the bill. “Requiring compostable bags be provided by grocery stores in lieu of plastic produce bags is a critical step to increasing and cleaning our composting streams.”

California woman admits to killing boyfriend, but she may walk free