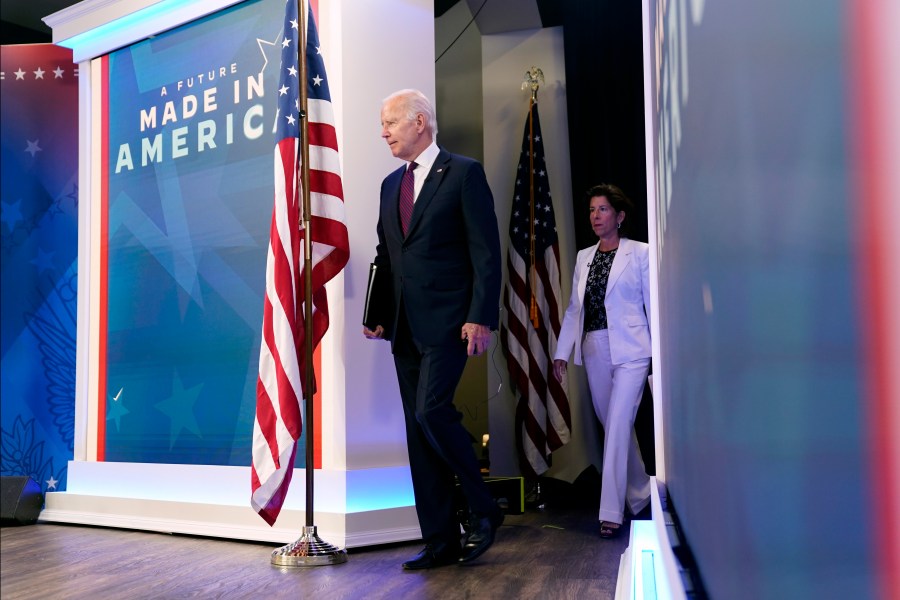 (NEXSTAR) – The Biden administration is sending $1 billion worth of federal grants for manufacturing, clean energy, farming, biotech and more to 21 regional partnerships across the nation.

The grants were part of the $1.9 trillion coronavirus relief package that President Joe Biden signed into law in March 2021. There were 529 applicants to the Commerce Department for the grants, a figure that was narrowed to 60 finalists and 21 winners.

Unlike much of the pandemic aid that was meant to address immediate needs, the grants are part of a longer-term effort to revitalize parts of the country that have needed an economic jolt. The money will include funds for existing industries and capital for new ventures with the goal of ensuring that people can find jobs in the communities where they live.

California is getting $65.1 million of the funding allowance, all going to the Central Valley Community Foundation.

The money is for a project called “F3 – Fresno-Merced Future of Food,” which aims to “accelerate the integration of technology and skills in the region’s agriculture industry—improving productivity and job quality for existing farmworkers while driving a more resilient and sustainable food system,” according to their grant application.

In their proposal, the Central Valley Community Foundation explained the area around Fresno and Merced is responsible for 25% of the country’s food supply.

“It’s a point of pride for us, but it’s also a heavy burden for the families and the communities of the Central Valley, particularly communities of color,” said Ashley Swearengin, the foundation’s president.

Nearly a quarter of the Valley’s residents live below the poverty line and, despite the region’s agricultural abundance, many experience food insecurity, Swearengin said.

The foundation wants to use the millions in funding to research and manufacture technology that would make agriculture better able to withstand the hardships of climate change. The plan would bring together University of California researchers with local farmers.

They also want to use the money to invest in 3,000 minority farmers, loaning them money and giving them support to grow their businesses.

Finally, the foundation wants to use the money to create curriculums at local community colleges that would teach farm workers skills needed to get higher paying jobs in ag-tech.

Outside of California, funding include $25 million for a robotics cluster in Nebraska. Georgia gets $65 million for artificial intelligence. There is $63.7 million for lithium-based battery development in New York. Coal counties in West Virginia would receive $62.8 million to help with the shift to solar power and find new uses for abandoned mines.

The government will pay out the grants on a rolling five-year period as reimbursements, Commerce Secretary Gina Raimondo said.

The Associated Press contributed to this report.