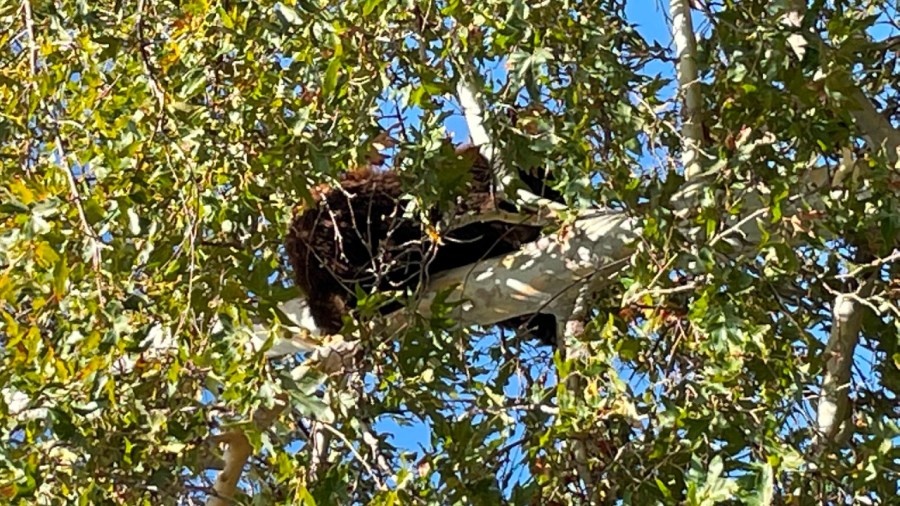 A black bear decided to escape the ongoing heat wave by visiting the kitchen of a Simi Valley family Sunday.

The bear entered the kitchen just after 10 a.m. through an open back door, the Simi Valley Police Department learned.

The bear was still in the kitchen when officers arrived a the home, but exited through the same back door a short time later and climbed up a tree.

Police said the bear went up a tree in the area of Cochran Street and Mt. Sinai Drive.

They have been in contact with the California Department of Fish and Wildlife about the bear.

With the temperature in Simi Valley reaching well over 100 degrees Sunday its not surprising the bear was looking for a way to cool off.

On Saturday, a black bear was seen swimming in another Simi Valley family’s pool and going through their trash cans.

It was unclear if it was the same bear but Fish and Wildlife were notified of that incident as well.

Residents were warned not to approach bears or block their path if encountered.

Man fatally shot by deputies during traffic stop in Needles