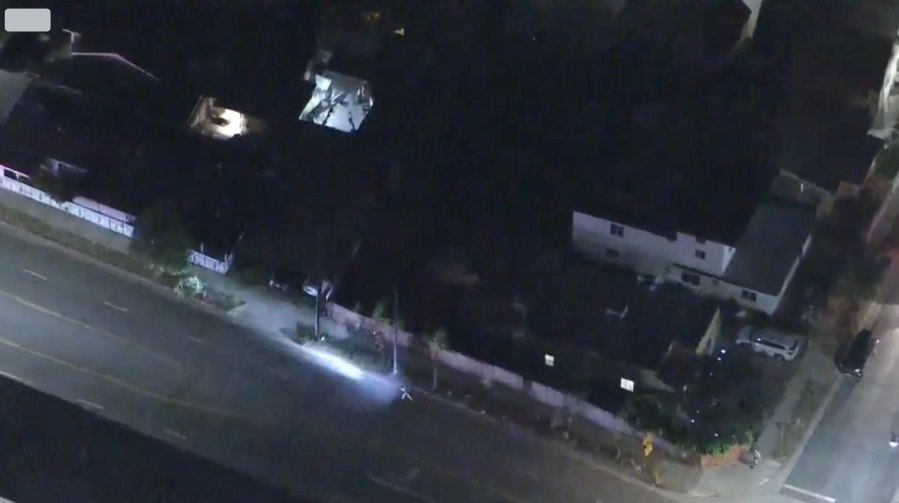 Authorities are searching for several people in Elysian Park who fled from a disabled vehicle following a high-speed pursuit. Sky5 is overhead.

The chase began in Burbank as the driver fled at high speeds on the 5 Freeway before changing to the 210 Freeway. Burbank police said the vehicle was wanted in connection to a burglary.

The driver weaved in and out of lanes, splitting between vehicles and getting on and off of multiple freeways.

At times the vehicle traveled at speeds of more than 100 mph.

Around 9:35 p.m., the vehicle left the freeway and began navigating surface streets in a residential neighborhood in Elysian Park.

Minutes later, after running into a dead end, the vehicle became disabled as it went onto the sidewalk and appeared to get wedged between a fence.

As many as four occupants of the vehicle exited from the vehicle’s window then fled on foot with little law enforcement around to pursue them.

Authorities are currently inundating the area where the vehicle crashed in search of the occupants.

Check back for details on this developing story.

Video of man kicking dog has attention of Anaheim police

Person of interest sought in sexual assault of woman in Duarte