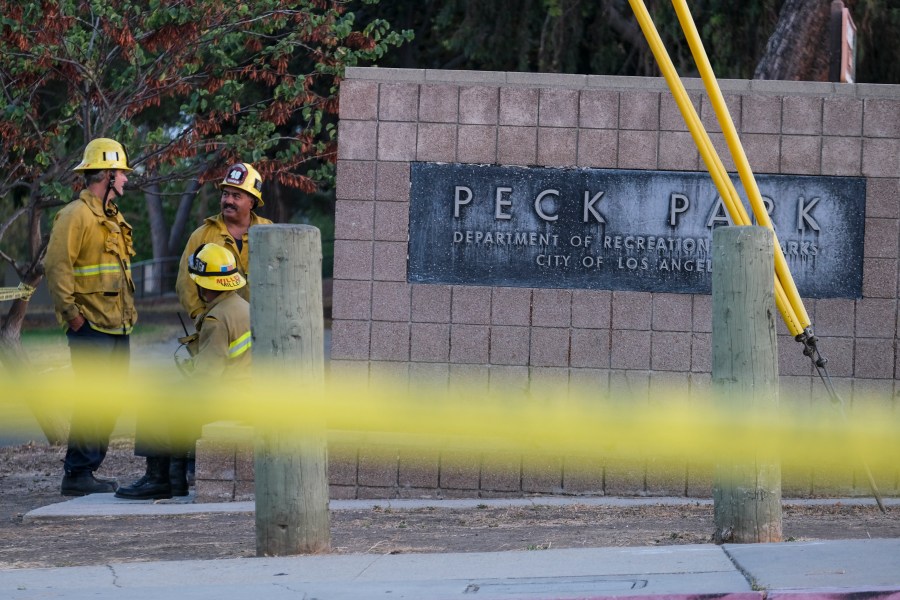 The Los Angeles County Coroner’s Office has identified the two people who were killed in a mass shooting at Peck Park in San Pedro Sunday.

They are 31-year-old Tashman Williams of Compton and 29-year-old Carlyle Phillips of Cypress, authorities said.

The two were killed after gunfire was exchanged at the park Sunday when hundreds of people were in attendance for a car show and a softball game. Six others were wounded, police said.

The shooting investigation is ongoing and no arrests have been made at this time, but police say they do not believe the shooting was gang-related.

On Tuesday, members of the San Pedro community attended a town hall meeting with Los Angeles Police Department officials and employees of the Los Angeles Department of Recreation and Parks to discuss solutions for curbing violence at the park.

Many of the people who attended Tuesday’s meeting called on LAPD to provide more support and address issues of the unhoused community at the park.

While police say they may have identified people of interest in the shooting, they have not released any information about their descriptions and no formal arrests have been made.

Anyone with information about the shooting is urged to contact the LAPD’s South Bureau Homicide Division at 323-786-5110.

Female Inmates at Indiana Jail Were Raped, Assaulted and Harassed After Officer Allegedly Gave Male Detainees Access to Their Cells in Exchange for $1K, Lawsuit Says