Assault suspect in custody after pursuit ends in North Hills 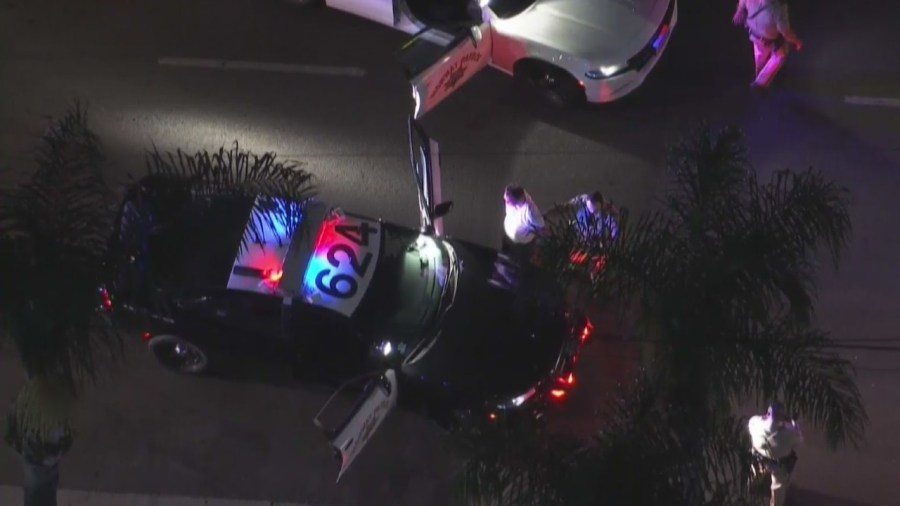 An assault suspect was taken into custody after a pursuit came to a wild end in the North Hills neighborhood of Los Angeles Wednesday morning.

The incident began around 4:30 a.m. when police responded to an assault with a deadly weapon call in Burbank.

Investigators believe the vehicle was the weapon used in the assault but the driver did not comply with authorities when they arrived and a chase began.

Sky5 was over the chase shortly after 5 a.m. as the driver in a white pickup truck was headed down the 118 Freeway.

The driver eventually transitioned to the southbound 405 Freeway in the Granada Hills area.

Officers used a PIT maneuver to spin the truck out on Sepulveda Boulevard near Tupper Street in the North Hills neighborhood at 5:21 a.m.

Patrol vehicles surrounded the truck waiting for the driver to exit.

At one point, the driver’s arms could both be seen extending from a window in the truck.

The driver’s arms went back inside the vehicle as officers approached, prompting them to back away.

The suspect was eventually taken into custody when officers using a shield approached the vehicle again around 5:30 a.m. and pulled the driver out of the passenger side door.

The driver has not been identified.

Missing woman forced into SUV while on run