Arrest made in Fullerton hit-and-run crash that killed grandfather 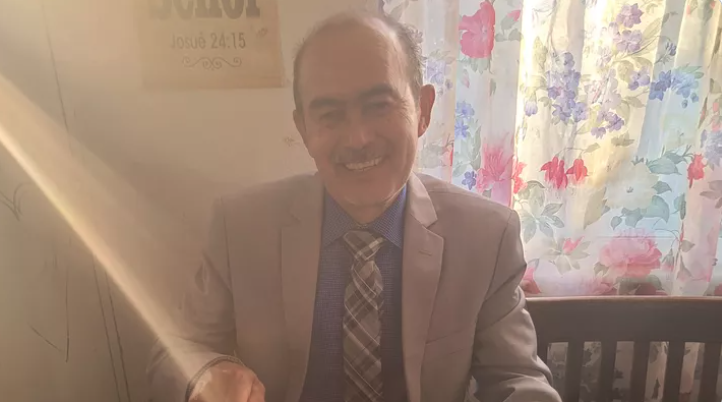 A 21-year-old man has been arrested in a hit-and-run crash that killed a bicyclist in Fullerton Thursday morning, police announced Friday.

The suspect, identified as Jonathan Ocampo of Anaheim, was taken into custody later in the day Thursday following and investigation into the crash, the Fullerton Police Department stated in a news release.

Ocampo was booked on suspicion of felony hit-and-run and vehicular manslaughter, according to the Police Department.

The crash was reported around 5 a.m. in the area of Chapman Avenue and Ladera Vista Drive, where the 67-year-old bicyclist was struck by a Ford F-250.

The driver of the pickup truck was seen running from the area after the crash.

The victim, who has not been identified by authorities but was named by family as Elfego Andrade, died from his injuries at a local trauma center.

Andrade had been thrown from his bike and was found lying in a brick planter on the north side of the street.

He was a father of five, a grandfather and a great-grandfather. He and his wife had just celebrated their 50th wedding anniversary, had renewed their vows and were planning on moving to Mexico soon.

A GoFundMe page created to help the family with funeral expenses described Andrade as a family man.

Joycelyn Savage Reiterates That She’s Pregnant By Her Fiancé R. Kelly, Says They Were Doing IVF