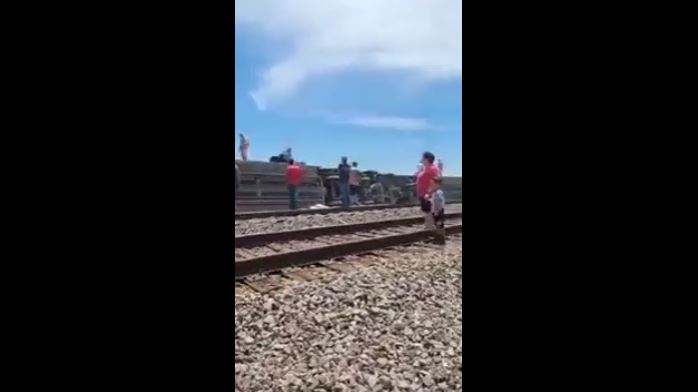 MENDON, Mo. — Multiple injuries are reported after the Amtrak Southwest Chief train hit a dump truck at a public crossing and derailed near Mendon, north of Marshall.

The derailment happened about 100 miles northeast of Kansas City, or about two hours by car.

Amtrak confirms there were 243 passengers on the train at the time, and there are injuries. A spokesperson from MU Health Care confirmed three patients were taken by ambulance and helicopter to their hospital. It’s not clear how many people in total were injured.

A picture of the scene shows passengers sitting on the side of multiple overturned train cars. The Missouri State Highway Patrol said at least eight cars in total derailed.

A number of people with injuries were bussed to a nearby high school for treatment. Emergency responders also called for a mass casualty trailer and all local emergency services from surrounding areas to report to the crash scene, according to dispatch audio shared on Broadcastify.

Missouri Gov. Mike Parson had just learned about the derailment when he make an appearance at an event in Kansas City on Monday afternoon.

“It’s a terrible situation, I do know that several cars have been derailed. We do believe there could be some fatalities, but again it’s way early on,” Missouri Gov. Mike Parson said. “It’s very unfortunate any time you have a derailment of a train and multiple cars, it’s not a good day.”

The train left Kansas City in route to Chicago on Monday afternoon. In full, the Southwest Chief route runs from Los Angeles to Chicago.

This is a developing story; check back with FOX4 for updates.

Renewed By Netflix? What Will Happen Next?