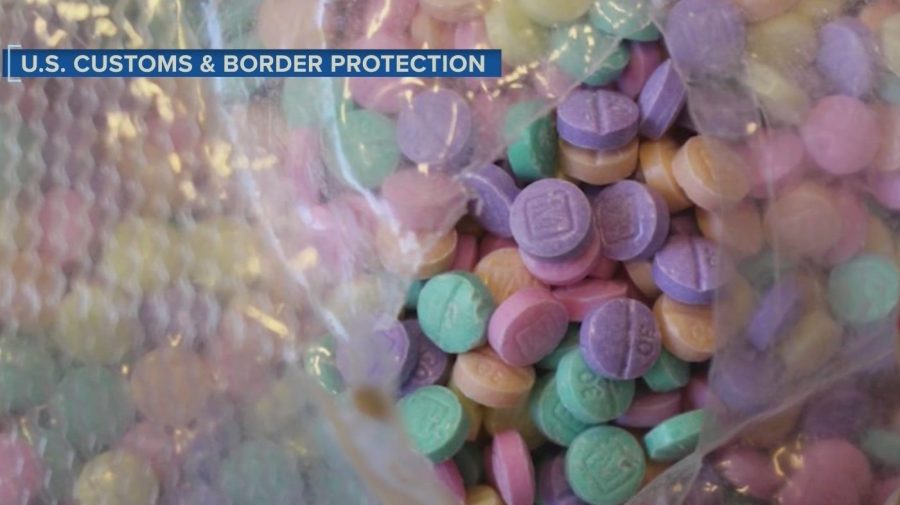 Rising deaths from fentanyl have migrated from the East Coast to the western region of the United States over the past eight years as the drug’s most common form shifted from powder to pill.

“Colleagues and I wrote a paper using government data showing there’s 2.1 million fentanyl-containing pills. These are all illicit, as the U.S. medicine doesn’t make a fentanyl pill. And it’s growing quarter by quarter, year by year in the United States,” Ciccarone said.

After Melanie Ramos, a 15-year-old student at Bernstein High School died after she took what she thought was a Percocet pill, many people are wondering how prevalent these knockoff pills might be.

“The counterfeit pill problem is a growing problem. It’s relatively unrecognized, and it’s really a shame to have it sort of come to the fore through a death,” Ciccarone said. “These pills are becoming ubiquitous. They’re multicolored. They contain fentanyl, which is a powerful opioid eighty times stronger than morphine.”

He said many of the illicit pills are mimics, meant to look like legitimate prescription pills.

“So a kid might think, ‘Oh, I’m taking an Adderall to help me study.’ But that Adderall is a fake Adderall and contains fentanyl, then they’re getting something very different than what they bargained for,” he said.

Ciccarone explained why kids and teens are especially vulnerable and strategies to protect them.

“The differences is that some folks might have opioid dependency and they’re using forms of heroin or forms of strong opiates, and they gain some tolerance to these these strong opiates,” Ciccarone said. “Children and teenagers, young adults may not have the tolerance built up. And so if they’re at a party and they see a pill is offered to them, they may not have the ability to tolerate even a tiny dose of fentanyl that’s in that pill.”

Aside from the physical danger, teens can be traumatized by the overdoses and deaths of their friends and classmates, said Dr. Mitali Wadekar of Dignity Health Northridge Hospital Medical Center.

“As a mental health professional and as a parent, it’s extremely alarming because often times these drugs that teenagers are using, they’re considering these harmless, but they may be laced with other dangerous drugs that they are not even aware of,” Wadekar said.

Exacerbating the problem is the pandemic and the social isolation it caused, Wadekar added.

“In the period of uncertainty the last few years, some of them unfortunately have resorted to using drugs which are easily available and easily accessible, and for some kids that was in easy way back into their social circle, so there’s a number of factors, but some of this could be the reasons why there is more and more drug use and potential fatalities arising from it,” she said.

Ultimately, Ciccarone offered a simple message: “Just don’t do it. You know, the DEA campaign ‘One pill can kill you,’ It actually makes sense.”

Ciccarone also called for schools and kids to have better access to the anti-overdose medication Naloxone and fentanyl-testing strips.