A look inside a South L.A. tow yard after a street takeover crack down 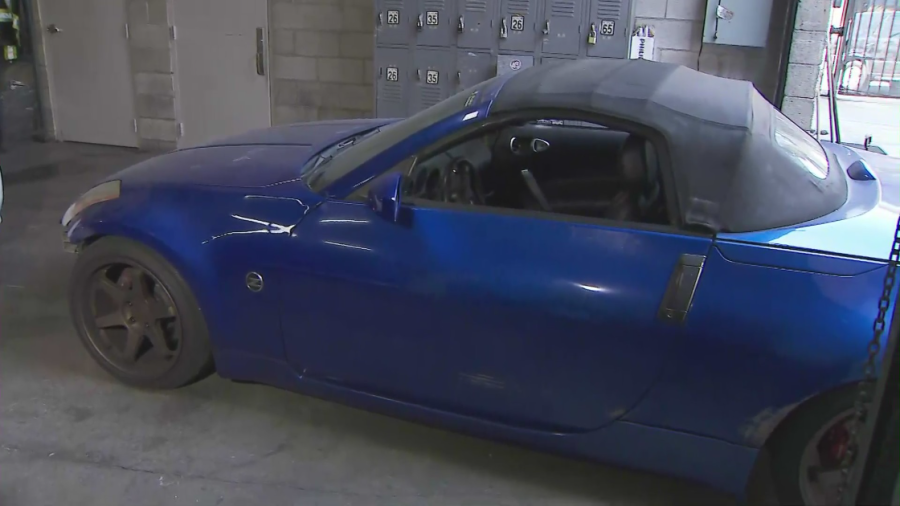 As the Los Angeles Police Department continues to crackdown on street takeovers, KTLA got a look inside a tow yard where some vehicles were taken after a recent sweep.

A tow yard in South Los Angeles is housing two vehicles that were apparently involved in street takeovers over the weekend.

One of the cars was used to do donuts and police recovered a nitrous oxide tank inside that participants were allegedly using to get high, authorities detailed.

The vehicles will stay there for 30 days as police try to prevent more illegal activities.

Takeovers and racing are creating problems in many areas of the Southland.

They have led to crashes, looting and shootings.

During a crackdown over the weekend, police arrested six people, impounded 43 vehicles and recovered four guns.

The suspects were arrested on suspicion of a gun violation, an attempt murder warrant and one hit-and-run suspect. They also impounded 43 vehicles.

One person who was taken into custody on a warrant for attempted murder and another for possession of a loaded “ghost gun,” police said.

“We’re going to be out here again, we’re not going to stop, we’re going to keep going,” LAPD Detective Ryan Moreno said. “We’re going to start hopefully getting more resources our way to keep doing this more and more until this problem starts to slow down.”

How to Travel with Pets Aboard Queen Mary 2 Kennels