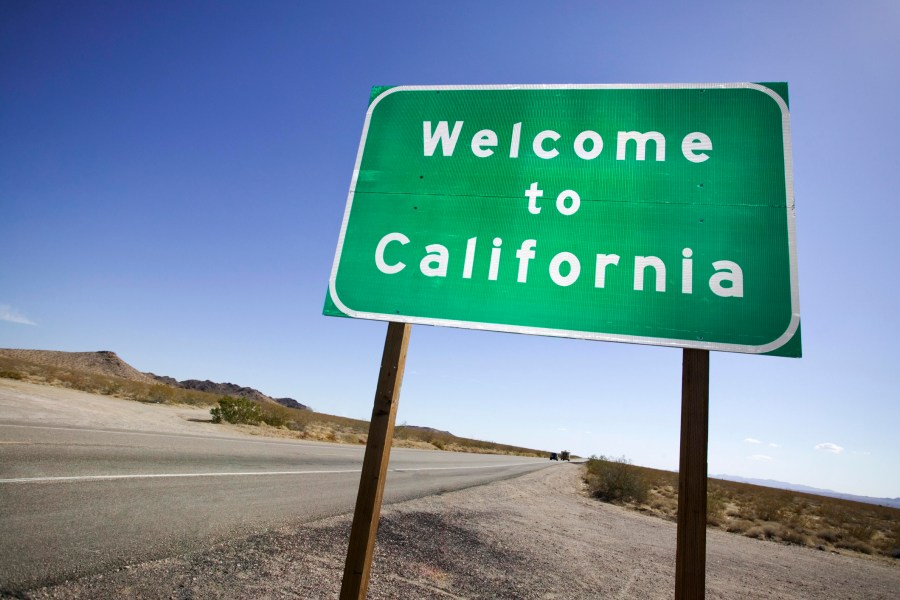 (KTXL) – Many locations in California have Spanish names with clear origins.

“Los Angeles” for example translates directly to “The Angels.” The name is a shorter version of the city’s original name from back when it was founded in 1781: El Pueblo de la Reina de los Ángeles, which itself translates to “The Town of the Queen of Angels.”

But the name California defies direct translation or an obvious inspiration, so where does it come from?

One theory is that the name came from the oldest surviving major piece of French literature, La Chanson de Roland, which translates to The Song of Roland.

The Song of Roland is an epic poem from around 1040 A.D. that details a betrayal that leads to the loss of a 778 A.D. battle by Charlemagne’s army and the aftermath. The poem is found in numerous manuscripts – a signal of its popularity.

About three-fourths of the way into the roughly 4,000-line poem, as Charlemagne mourns the death of his nephew Roland, who had been a great military leader, he lists off the places that might now attack his kingdom – including one with a somewhat familiar name.

A 1907 translation by Jessie Raven Crosland, a scholar of French medieval literature, reads:

“The Saxons will rebel against me, the Hungarians, the Bulgarians, and many a hostile nation; the people of Romania, all of those Apulia, men of Africa and those of Califerne.”

If you don’t know where Califerne was, you are not alone. The poem does not provide any more detail on Califrene or mention it again.

In 1922, P. Boisonnade, Dean of the Literary Faculty of Poitiers, suggested that the name came from a city in Northwest Africa. The first half of Califerne was hypothesized to be derived partially from the Arabic word for a type of fortified city found in Northwest Africa: “kalaa.” “Ifrene” derived from Beni-Ifrene a group of people living in one of those fortified cities.

Boisonnade said Califerne could have been a frenchified combination of those words: Kalaa Ifrene, the fortified city of the Ifrene.

But how would an Arabic-derived French name for a city in Africa have gotten popular enough with Spanish colonizers to become the name of such a huge swath of land?

A popular 16th century novel is the most favored theory regarding where people from Spain may have picked up “California.”

“Las Sergas de Esplandián” by Garci Rodríguez de Montalvo is a chivalric romance novel that features an island named California. Charles E. Chapman, a Californian historian, claimed in a 1921 report that Montalvo probably took the name from The Song of Roland.

“There can be no question but that a learned man like Ordóñez de Montalvo was familiar with the ‘Chanson de Roland,’” Chapman wrote in “A History of California: The Spanish Period.”

The island of California in the book is inhabited by Black women and led by Queen Calafia. The island itself is described as having “steep cliffs and rocky shores,” and the only metal to be found on the island was gold.

Many depictions of the fictional Queen Calafia can be found today, honoring the Golden State’s namesake.

In the early 20th century, Chapman and Ruth Putname, author of “California: The Name,” both did research on the origin of the assignment of the name California to the land.

Spanish colonizers in 1533 sailed to the Baja California peninsula, thought it was an island and sent word of the island back home. The idea of California as an island led some to believe that it may be the land described in “Las Sergas de Esplandián.”

One of the earliest written uses of the name for the actual place was in a journal entry by explorer Juan Rodríguez Cabrillo in 1542.

The name also appears in several reports by Giovanni Battista Ramusio from the 1550s about explorer Hernán Cortés, who Putnam said quoted the book before before knowing about the peninsula’s existence.

Despite later expeditions just a few years later finding that Baja California was in fact a peninsula, many European maps for more than a century featured a large island that ran from what is now Mexico up the coast of the United States.

By the time the myth of the island was cleared up, it was too late. The name had stuck.

JayDaYoungan’s Dad Opens Up About The Rapper’s Fatal Shooting