3 killed in 8-vehicle crash in Rialto 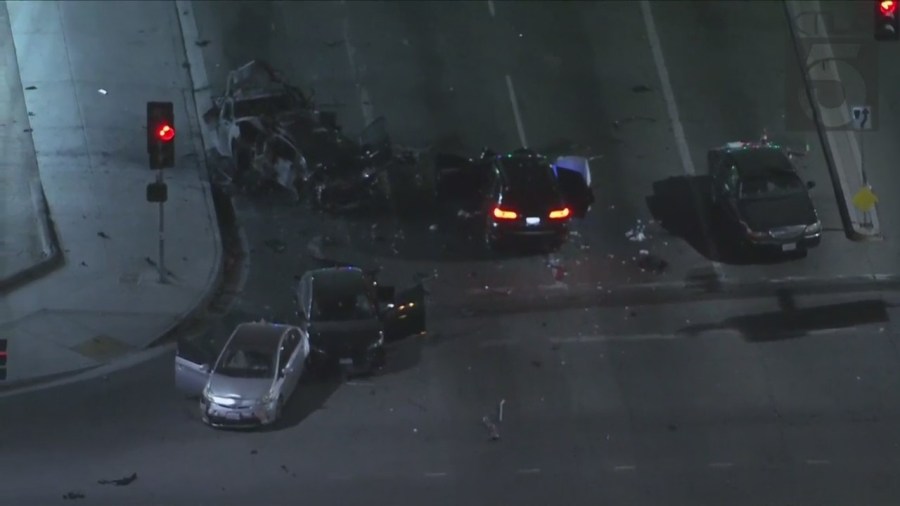 Three people were killed and more were injured following an eight-car crash in Rialto Monday evening.

The crash happened around 6:30 p.m. near the intersection of Riverside Avenue and Valley Boulevard.

According to Cpl. Parcher of the Rialto Police Department, three people were confirmed to have been killed in the crash and two others were transported to local hospitals with moderate injuries.

Police say the investigation is in its early stages and traffic investigators are trying to determine what happened leading up to the crash.

So far, investigators believe the driver of a Jeep Cherokee was driving at a high-rate of speed when they crashed into the back of two vehicles near the intersection. Those vehicles collided with several other vehicles and at least two erupted in flames.

The driver of the Jeep is believed to be one of the people killed in the crash.

The investigation is ongoing, but speed is considered to have been a definite factor.

Video from Sky5 showed several of the involved vehicles with varying levels of damage. Some were almost unrecognizable as anything other than heaps of twisted metal.

Traffic investigators were expected to remain on scene throughout the night and into the early morning, Parcher said.

Anyone with information about the crash is asked to contact the Rialto Police Department at 909-820-2550.