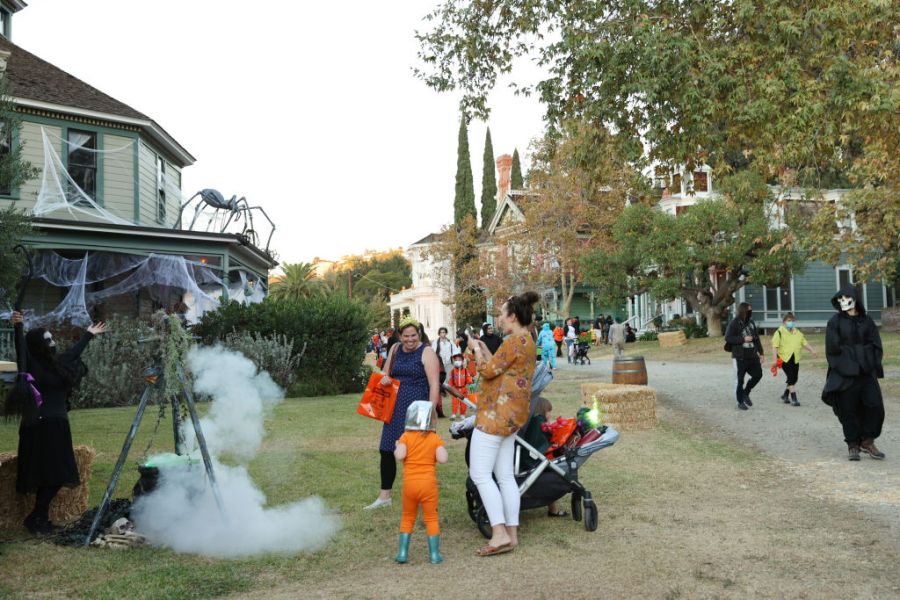 Californians apparently love Halloween. In fact, they love it so much, several California cities are considered among the best places in the U.S. to celebrate the holiday, according to a new study.

The study was conducted by SmartAsset, an online hub for consumer finance information.

The website compared 146 cities across the nation and scored them on various criteria, including family friendliness, safety, weather and festiveness.

Things like average temperatures, crime rate and even the “concentration of candy stores” played a role in the ranking.

Unsurprising, surely boosted by some great weather and amenities, many California cities were included toward the top of the list.

Topping the list, were two cities in Nevada: North Las Vegas and Henderson.

Chula Vista, the second-largest city in the San Diego metropolitan area, was the highest ranked city in California, finishing third.

Here’s a list of all the the top 35 cities that SmartAsset concludes are the best cities to celebrate Halloween:

For the top 35 list and a detailed breakdown of the methodology used to rank the cities, click here.

Not included on that list are some of California’s biggest cities.

Oakland was the lowest ranked California city at 124.

What Does It Take to Sell My Amazon FBA Business Successfully?

Man seen hitting dog identified by Anaheim police; no arrest at this time