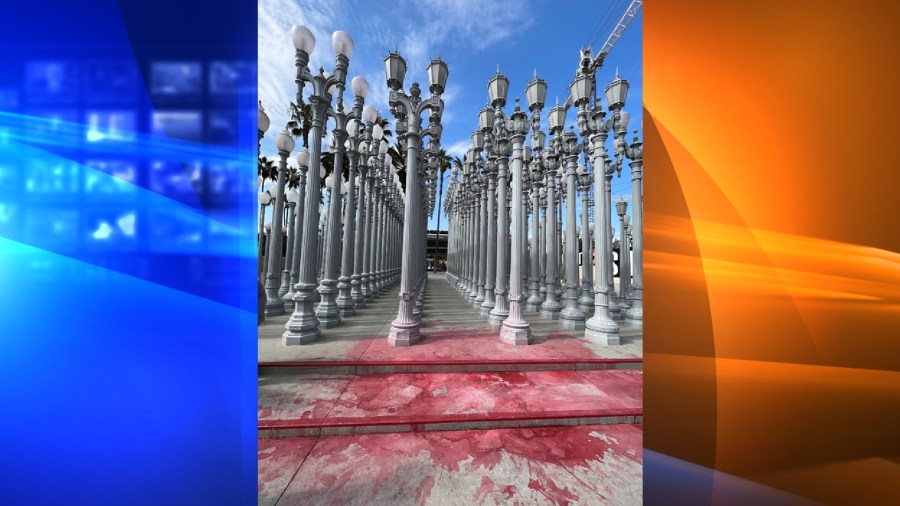 Three people were arrested after the “Urban Light” exhibit at LACMA was damaged and doused with a red liquid during a protest about abortion rights on Thursday afternoon, according to the Los Angeles Police Department.

The protest began at about noon, when approximately 25 protesters supporting a group called Rise Up 4 Abortion Rights gathered at Wilshire Boulevard and Ogden Street, the LAPD said in a news release.

“During the protest, two female protesters chained themselves to the light pole of an art exhibit, damaging the exhibit itself. One male protester threw an unknown red liquid substance on the art exhibit and surrounding area,” the release added.

The protesters “refused to leave,” and after two dispersal orders were ignored between 3:25 p.m. and 4 p.m., officers arrested the two women and one man for felony vandalism, police said.

“At 4:30 p.m., the area was cleared of all protesters without incident,” the release added.

Are we in a recession? It’s complicated

Monarch butterflies are in trouble; Here’s how you can help

L.A. Galaxy to return to Rose Bowl Stadium to host LAFC in...

Miami Beach to Ban Hookah and Cocktails Larger Than 22 Ounces at...

Republican Senator Josh Hawley Proposes New Bill That Would Give States The...