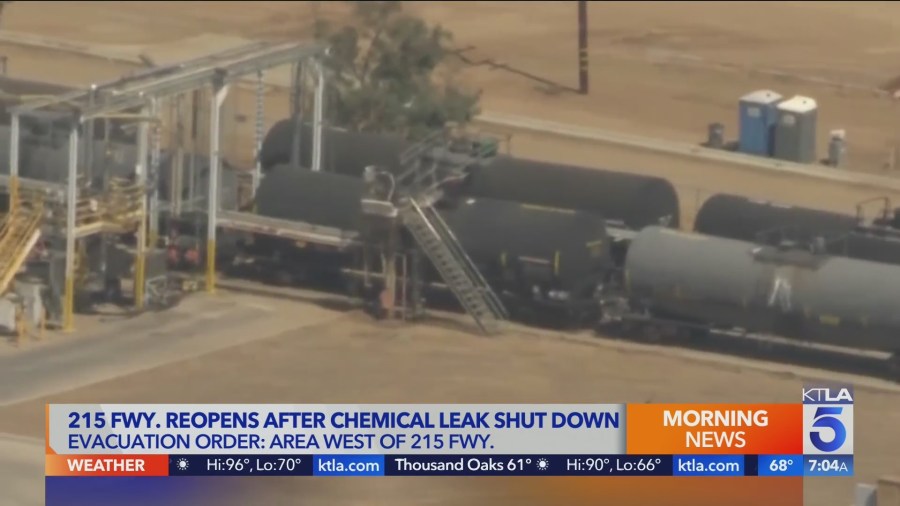 A section of the 215 freeway in Riverside County reopened Saturday morning after being closed for more than a day due to a chemical leak, authorities announced.

Plans were also underway to lift evacuation orders that impacted more than 100 homes in Perris.

The freeway was closed and homes were evacuated late Thursday evening after a railroad tanker began leaking styrene, which had become potentially combustible due to heat.

“The idea was to wait until the evening when the solar radiant heat didn’t come down on it,” Scoville said. “We were able to get people in to do an inspection of the tank, which then gave us the okay to go ahead and start cooling.”

BNSF Railway experts were able to reverse the tanker’s heating coils and use them as cooling coils, Scoville said.

“We threw a hail mary and it worked out for us.”

Scoville said a “repopulation plan” was underway to have all residents returned to their homes early Saturday.

Wednesday forecast: Heat through the weekend

Arrest made after woman, 71, pistol-whipped in Beverly Grove home invasion