2 injured in Reseda robbery shooting; body of 1 suspect found nearby 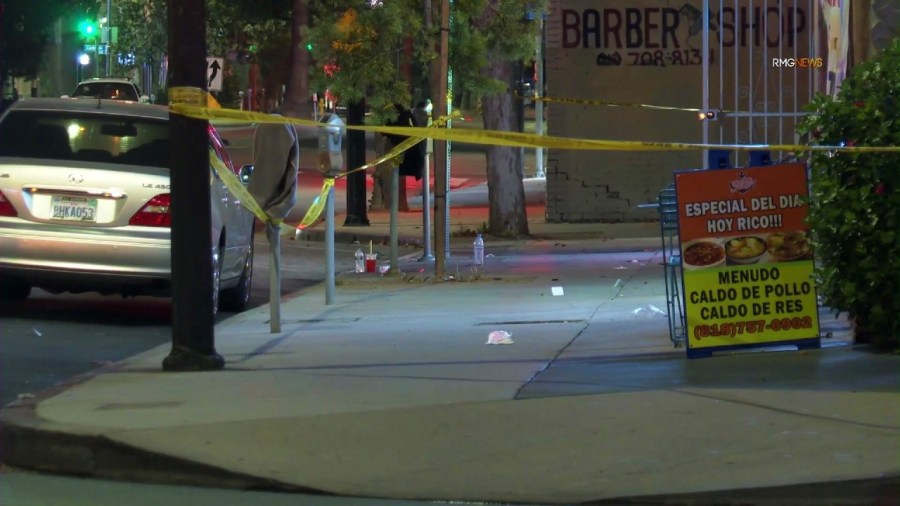 Two people were hospitalized and a suspect was found dead after a shooting at a tattoo shop in Reseda overnight.

The incident occurred around midnight in the 18500 block of Sherman Way when three to four men approached the shop and demanded cash and other items, a Los Angeles Police Department spokesperson confirmed.

An altercation then occurred and at some point spilled outside where several gunshots were fired.

Video showed about a dozen bullet casings on the ground behind the yellow tape marking the crime scene.

The tattoo shop owner and a customer were both struck by gunfire and taken to a hospital in stable condition, police said.

Three or four suspects then fled the scene eastbound on Sherman Way in two separate vehicles.

Investigators believe a body dumped a few blocks away in the 18300 block of Saticoy Street was one of the robbery suspects.

The deceased was described only as a Black man in his 30s.

Their vehicles were described as an older model silver or gray Nissan Altima and a white Ford van.

Monarch butterflies are in trouble; Here’s how you can help

When Will The Third Season Release? Find Out Here

New DOT rule could make air travel less hellish: How it could help you