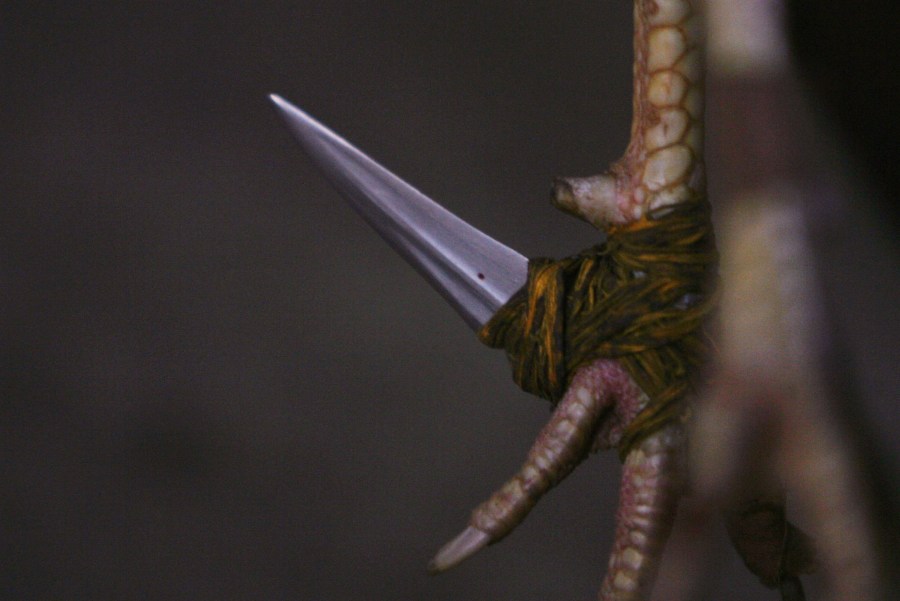 Dozens of roosters were euthanized after a large cockfighting ring in Jurupa Valley was broken up Friday night, Riverside County officials said.

Riverside County Sheriff’s deputies and Animal Services officers found 143 birds and more than 200 people when they arrived at the 5900 block of Troth Street, Animal Services spokesman John Welsh said in an email.

Most of the people in attendance scattered when deputies arrived, though one man claimed ownership of all of the birds and turned them over to officers, who “humanely euthanized them” with the help of deputies, a process that lasted until about 6 a.m. Saturday, Welsh said.

“The birds must be euthanized because Animal Services cannot adopt out such birds as they are valuable and they would almost always end up back in a cockfighting ring. They are not suitable as pets,” the email added.

The man who owned the birds was cited for a misdemeanor for possession of fighting blades, authorities said.

The investigation is ongoing, and Animal Services “is likely to seek felony animal cruelty charges be filed with the Riverside County District Attorney’s office,” the email added.

The O.C. Fair is back! Enjoy your favorite foods and carnival rides through Aug. 14