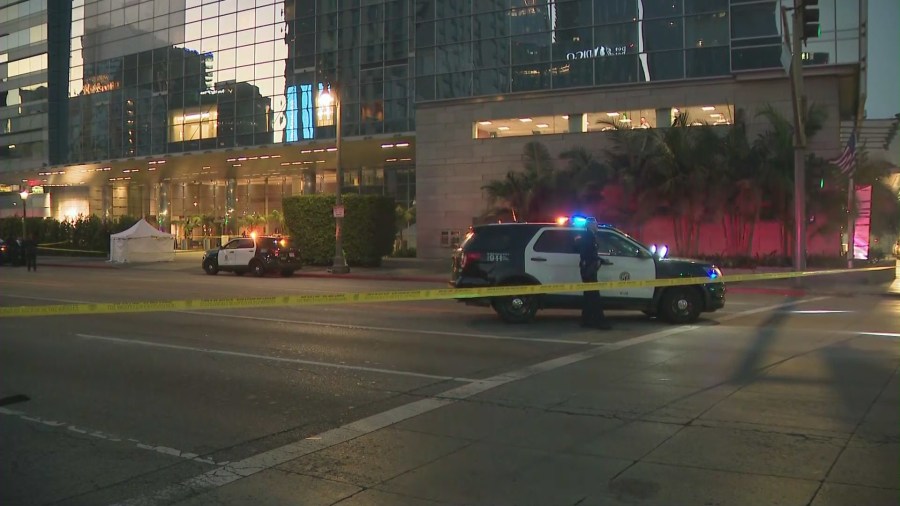 One person was shot outside of the JW Marriott hotel in downtown Los Angeles Tuesday morning.

Officers received the call around 4:50 a.m. and were sent to the 800 block of West Olympic Boulevard, a Los Angeles Police Department spokesperson said.

One victim was found unconscious and not breathing, the spokesperson said.

The victim’s condition was not released but officers were requesting a canopy for their investigation.

Police are searching for three suspects believed to be involved in the shooting.

All of the suspects were described as either white or Hispanic males.

The first suspect was around 6 feet 2 inches tall and was armed with a handgun.

The second suspect was wearing a white shirt and blue pants.

The third suspect was wearing a white shirt and white pants, according to police.

No further details about the shooting were immediately available.

L.A. deputies open fire while responding to report of person with knife