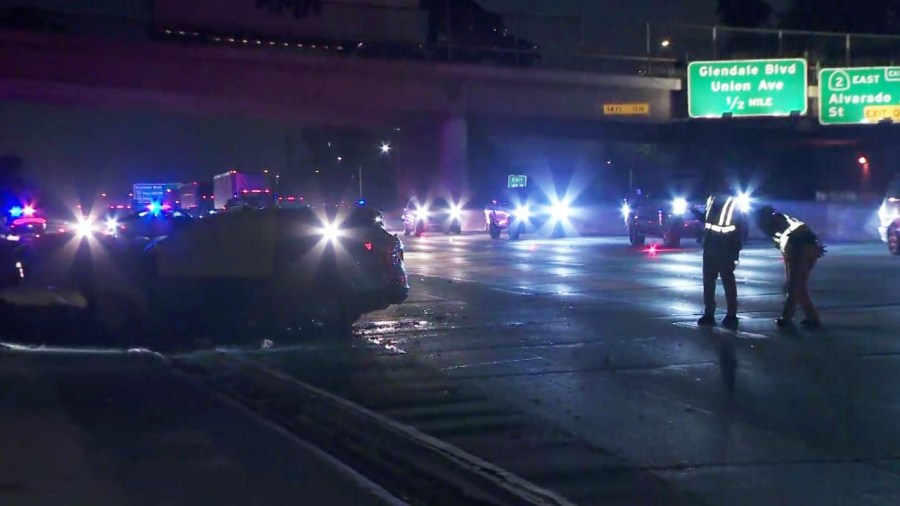 One person was killed in a fiery crash on the 101 Freeway that prompted lane closures through the Silver Lake area Friday morning.

The crash was reported shortly before 2:30 a.m. on the northbound side of the freeway near Rampart Boulevard.

The vehicle ended up on the right shoulder of the freeway.

A good Samaritan was seen pulling an injured person from the vehicle, which eventually burst into flames.

The incident later turned into a fatal investigation after one person was pronounced dead, a California Highway Patrol spokesperson said.

Video from the scene at 4 a.m. showed three right lanes of the northbound 101 Freeway were closed through the Silver Lake area.

It was unclear how long the lanes would remain closed.

‘I thought I was dying’: Army vet describes being stabbed while getting off Metro Green Line in random attack

The 1st federal monument to Lincoln is in California. You may have visited and never noticed