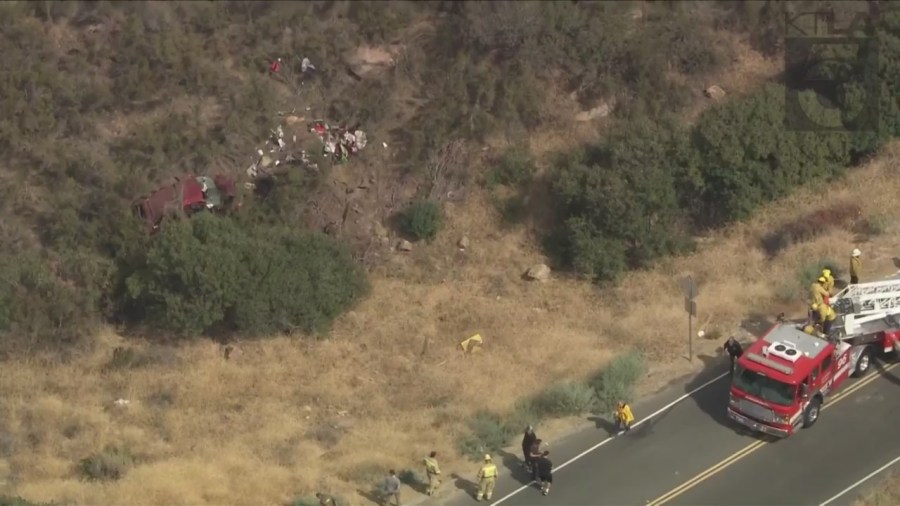 A man in his 30s was found dead Monday after authorities discovered a crashed vehicle near Chatsworth Reservoir.

The vehicle was discovered around 3:20 p.m. on the 23600 block of West Woolsey Canyon Road, according to the Los Angeles Fire Department.

The vehicle, which appeared to be a red four-door sedan or crossover, was found about 50 feet down the cliffside and the man believed to have been the driver was ejected. He was pronounced dead at the scene.

No other people were located in or near the vehicle, LAFD officials said.

Fire crews and other emergency personnel were expected to remain on scene for several hours to recover the man’s body and conduct a crash investigation.

The Los Angeles County Coroner’s Office will release the man’s identity once his family has been located and informed of his death.

The Los Angeles Police Department is investigating the crash itself. It’s believed that the crash happened Monday, although the circumstances that led up to the crash have yet to be determined, police said.

Mega Millions jackpot jumps to $565M after no winners