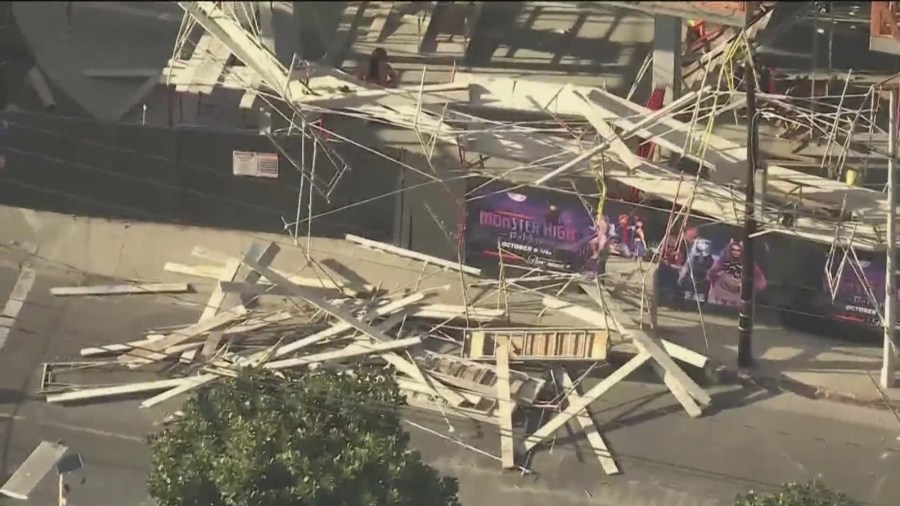 One person was hurt and a taxi cab was crushed when scaffolding collapsed at a construction site in Hollywood.

It happened just after 2:15 p.m. near the intersection of Highland Avenue and Leland Way.

A worker who was on the scaffolding at the time of the collapse suffered injuries that were not believed to be life-threatening, but was taken to the hospital as a precaution.

It’s unclear what caused the scaffolding to collapse and an investigation is underway.